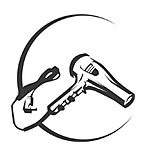 American atheists lined up to be “de-baptized” this summer in a ritual using a hair dryer, according ABC’s late-night news program Nightline (July 16). Leading atheist Edwin Kagin blasted his fellow nonbelievers with the hair dryer to symbolically dry up the holy water sprinkled on their heads in years past. Kagin believes parents are wrong to baptize their children before they are able to make their own choices, and considers some religious education to be “child abuse.” He said the blast of hot air was a way for adults to undo what their parents had done. Kagin donned a monk’s robe and said a few mock-Latin phrases before inviting those wishing to be de-baptized to “come forward now and receive the spirit of hot air that taketh away the stigma and taketh away the remnants of the stain of baptismal water.”

The European Union is considering proposals from Belgian morticians that would allow them to eschew traditional burials and cremations and instead dissolve corpses in caustic solutions and flush the remains down the sewer. The move is intended to address both a lack of burial space and environmental concerns over the 573 pounds of carbon dioxide released by each cremated corpse. Under the process known as “resomation,” bodies are placed in a silk bag and treated in a steel chamber with potassium hydroxide at high pressure and a temperature of 350 degrees. The end result is a small quantity of green-brown tinted liquid containing amino acids, peptides, sugars and salts, and soft, porous, white bone remains that are easily crushed. Sandy Sullivan, founder of The Reso­mation Company in Scotland, explained: “Resomation offers a new, innovative approach which uses less energy and emits significantly less greenhouse gasses than cremation.” The name “Resomation” comes from the Greek word resoma, meaning rebirth of the human body. “It’s a highly sensitive subject,” Sullivan added, “but I think the public [is] ready for it” (Daily Mail, July 8).

An Anglican General Synod “working party” is exploring whether the Church of England’s male bishops can join religious orders previously reserved for women — that is, become Anglican nuns. “There will be jokes about bishops in wimples,” a synod source told London’s Daily Telegraph (July 14), “but having bishop-nuns would introduce a degree of mutual cooperation that could make the introduction of women bishops much smoother.” The Rt. Rev. Nick Baines, Anglican bishop of Croydon, England, has already volunteered to take nuns’ vows. “Nick is a big fan of [the movie] Sister Act, and we knew he was keen to ‘get ahead,’ as it were,” explained the unnamed synod source, “so he was the obvious person to ask. And apparently he was delighted, because he’s all about challenging gender stereotypes.”

The Archdiocese of Vienna has ruled that a confessional box may not be turned into a sauna. The confessional was offered for auction on eBay by a Vienna church undergoing renovations. The confessional was described online as “ideal for conversion into a one-person sauna, a small bar or a children’s playhouse.” Archdiocesan spokesman Erich Leitenberger told the daily Salzburger Nach­richten (July 19) that “objects that were used for dispensing the sacraments…should not be converted into saunas or bars.” Curiously, the highest reported amount offered by one of the 40 bidders before the item was yanked from the Internet was 666 euros.