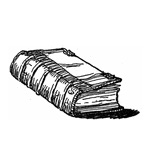 Caleb Kaltenbach, pastor at Discovery Church, a non-denominational Christian congregation in southern California, made a shocking discovery last November while shopping at a Costco in Simi Valley. “All the Bibles were labeled as fiction,” he told Fox News (Nov. 20). He thought there must have been some sort of mistake, so he scoured the shelf for other Bibles. Every copy was plastered with a sticker that read, “$14.99 Fiction.” So he snapped a photo of the Bible and tweeted it out, prompting a social-media uproar. Costco has since apologized for “mislabeling” the Bible, and has pulled all copies off shelves to be re-marked. “On the one hand Christians should not yell out ‘persecution,'” said Kaltenbach. “We aren’t living in Iraq or Iran. But on the other hand, I believe that we do need to stand up for our faith and we need to be vocal about our concerns.”

Hallmark Cards has apologized for changing a word in a well-known Christmas carol from gay to fun on a holiday ornament. The Kansas City-based company created an ornament for its Keepsake line depicting a miniature sweater bearing the words “Don we now our fun apparel,” instead of the lyric “Don we now our gay apparel” from the Christmas carol “Deck the Halls.” After receiving numerous complaints about the change, Hallmark explained in a formal statement that when the lyrics to “Deck the Halls” were converted from Gaelic to English in the 1800s, the word gay meant festive or merry. “Today it has multiple meanings, which we thought could leave our intent open to misinterpretation” (Reuters, Nov. 1).

Online job-seeker John Kichi received a shock when he came upon an opening at Colorado College. An optional question seeking gender information listed five choices: Not disclosed. Male. Female. Transgender. And the fifth: Queer. Kichi, who is gay, thought someone may have been punking him or that the school’s website had been hacked. But it turns out that the use of queer was intentional. The term is “intended to represent the college’s commitment to and acknowledgment of diversity related to gender,” the school said in a statement. It defines queer as “an umbrella term describing people who have a non-normative gender identity, sexual orientation, or sexual anatomy — includes lesbians, gay men, bisexual people, asexual people, transgender people, intersex people, etc.” Even so, Kichi said the term is insulting, and he has filed a complaint with Colorado Attorney General John Suthers. “If them including it on applications isn’t against the law, it should be,” Kichi told The Denver Post (Nov. 8).

A French Riviera café has created a stir on social media by rewarding its customers for good manners. At the Petite Syrah in the French city of Nice on the Cote d’Azur, a cup of coffee becomes cheaper by adding a simple “Hello” and “please” when ordering. A sandwich board outside the cafe advertises Un café for seven euros, but Bonjour, un cafe, s’il vous plait costs just 1.40 euros. Owner Fabrice Pepino says it started as a joke but his clients now smile more. “I know people say that French service can be rude but it’s also true that customers can be rude when they’re busy,” he told Nice-Matin (Dec. 12).