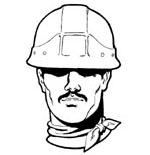 Nicolás de Jesús Cardinal López Rodriguez of Santo Domingo, Dominican Republic, responded to news that President Barack Obama had nominated James “Wally” Brewster, an openly gay man, as ambassador to the island nation by calling Wally a maricón — a derogatory term for homosexuals — during a press conference. “In the United States anything can happen,” he complained. “But there’s no one in this country who doesn’t know what my position is on the matter” (Daily Mail, July 2). Writing in the newspaper Acento, Dominican columnist José Alberto Ortiz said, “Obama knows that a large majority of the Dominican population rejects [the idea] that two people of the same sex can unite in matrimony and form a family. As it is not possible to convince the population of his ideology, he has opted to impose it — a typical act of an imperialist government” (July 3).

This summer a British company launched the world’s first dog-holiday package (CNN.com, July 26). For $70,000 your pampered pooch will get a run along a beach with an Olympic sprinter, a private screening of Lassie, a Louis Vuitton collar, counseling sessions, surfing lessons, spa and grooming treatment (including pedicure) by Harrod’s, outfits from Bottega Veneta and Mulberry, and a customized doghouse created in the image of your own house. Don’t have that kind of cash for your canine? Worry not, there are plenty more dog hotel packages to choose from, like the Best Western Fallsview Hotel in Niagara Falls, Canada, where, for only $23 per night, your dog “will be invited to dip its paws into the reception area’s canine cookie jars before being presented with a travel bag filled with treats, a water bottle and pet waste bags.”

Polish tennis star Agnieszka Radwanska was dumped by a Catholic youth group that runs a faith-promoting campaign after she posed naked next to a pool filled with tennis balls for ESPN the Magazine‘s “Body Issue.” Radwanska, ranked fourth in the world by the Women’s Tennis Association, had in the past joined marches organized by conservative Polish groups and was once photographed next to the name Jesus spelled out with tennis balls. She was also an ambassador for a campaign called “I’m Not Ashamed of Jesus,” run by a group called the Youth Crusade. Now the group says it is distancing itself from the tennis player because of her “immoral behavior” (Wall Street Journal, July 15).

This year’s Miss Gay San Juan beauty contest, held in the northern city of Tarapoto, Peru, turned ugly after a brawl erupted between rival drag queens. The claws came out and wigs went flying when a pageant runner-up attacked the newly crowned Miss Gay 2013 after judges reportedly announced the wrong winner. According to local media, spectators at the event were so engrossed with the disputatious divas that security reportedly took some time to separate the sparring contestants (Reuters, June 27).