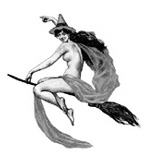 Police officers in Rutherglen, Scotland, called the local Catholic church after investigating reports of possibly supernatural “disturbing incidents” at a family home (Telegraph, Aug. 14). A mother and her teenage son were “extremely distressed” while reporting “violent and unexplained” circumstances. “The officers attended expecting it to be a mental health issue but they witnessed the lights going off, clothes flying across the room and the dog [the family’s pet Chihuahua] sitting on top of a hedge,” a police source said. “The officers called their superiors, who also attended, thinking the cops were perhaps being a bit silly. But it’s being taken very seriously.” A priest blessed the house, and the mother and son are now staying with relatives. “Officers with more than 20 years’ service are saying they’ve never seen anything like this,” the police source continued. “How do you handle what, despite us not liking to use the word, has been described as a poltergeist? Is it some form of hoax, or is it real or not real? These are the questions being asked by officers but without coming to any conclusion.”

A new study published in the Journal of Hand Therapy found that millennial men’s hand grips are getting weaker, due to all the texting, scrolling, and gaming they do on their smartphones. The study measured grip strength and “lateral pinch strength,” or with how much force a person can push his thumb into his index finger, in a group of 83 men between the ages of 20 and 34. It found that today’s men have both weaker grips and weaker lateral pinches than a similar group tested in 1985 (Huffington Post, Aug. 22). Not only is grip important for everyday life, it is an indicator of overall fitness and a potential predictor of health problems and disabilities. The study did show where millennial men have an apparent advantage: They have stronger thumbs than the older generation. But even this doesn’t mean much, as thumb muscles are small. Plus, said study co-author Elizabeth Fain, “frequent texting and minimal rest breaks will inflame the small muscles going to the thumb,” leading to a condition similar to carpal-tunnel syndrome.

Officials in Spain have relented and say that a couple who sought to name their newborn son Lobo, Spanish for Wolf, will now be permitted to do so. The registry office in the Madrid suburb of Fuenlabrada had told Nako and Maria Javierre that the name would be “offensive to the child.” So the Javierres launched an online petition in support of their effort, which gained international support. The couple say they decided on the name because it is “unique and full of character” and reflects the couple’s “love for this beautiful animal.” Spain is not the only country that has tried to stop parents from choosing strange names for their children. In 2014 a German father was forbidden to call his child Wikileaks, and in Sweden, a couple tried unsuccessfully to name their child Brfxxccxxmnpcccclllmmnprxvclmnckssqlbb11116, in protest of strict naming laws in that Scandinavian country (International Business Times, Jul. 28).