Volume > Issue > Whatever Became of Hell? 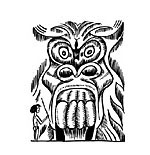 HAS THE UNQUENCHABLE FIRE BEEN QUENCHED?

By Hurd Baruch | January 2008
Hurd Baruch, a retired attorney living in Tucson, Arizona, is the author of Light on Light: Illuminations of the Gospel of Jesus Christ from the Mystical Visions of the Venerable Anne Catherine Emmerich (Maxkol Communications, 2004).

I went looking for Hell the other day. No, not the one supposedly down there — that one the demons would have to drag me to, kicking and screaming. I mean the Hell found in Scripture.

Opening the New American Bible, I quickly flipped through some of the verses where I expected to find it, without success. Maybe a computer search would pick up what my eyes were overlooking? No such luck. No wonder I couldn’t remember hearing Hell mentioned at Mass for a very long time — someone has taken the very word out of our Bible!

Thinking about the absence of the word from the New American Bible put me in mind of Dr. Karl Menninger’s book Whatever Became of Sin? With popular culture and even some biblical exegetes dismissing the concept of sin as being “judgmental” (a horror greater than that of Hell in their minds), is it any wonder that “Hell” is on its way out, too?

For reassurance, I pulled out the old standard Catholic and Protestant Bibles, the Douay-Rheims American edition and the King James Version, and found Hell just where I remembered it, sprinkled liberally throughout the pages of both. I then set myself to the task of examining each of the dozens of instances of the word in the older Bibles to see what word had now replaced it in the New American Bible (NAB). What I found was not a single substitute, but six different terms, four of which were used repeatedly: “Sheol” (only in the Psalms), “the Pit” (in some Psalms and other Old Testament books), “the netherworld” (in both Testaments), and “Gehenna” (only in Matthew, Mark, Luke, and James). “Hades” is also used twice (in Revelation), and “Tartarus” once (2 Peter).