Volume > Issue > The Voice of the Mother of God 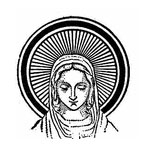 The Voice of the Mother of God

HOW SWEET THE SOUND

By Joseph Homick | July-August 2011
Fr. Joseph Homick is Abbot Emeritus of Holy Transfiguration (aka Mt. Tabor) Monastery, a Byzantine-rite Catholic community in Redwood Valley, California. He has written several books, the latest being A Place Prepared by God, on the presence of our Lady in Scripture, tradition, and the spiritual life.

Not many Catholics are aware that the Church calendar features a liturgical feast in honor of the Voice of Mary. But it does — though it is called the Feast of the Visitation. It is not a major feast in the Latin tradition, and it is not celebrated at all as a feast in the Byzantine tradition, despite the frequent and lavish praise with which we regale our heavenly Queen.

Before we even get to the visitation, we should be aware that the sweet voice of Mary resounded throughout all of Heaven when she humbly spoke these immortal words to the Archangel Gabriel: “Behold, I am the handmaid of the Lord; let it be done to me according to your word.” The angels must have immediately begun rehearsing the Gloria in excelsis Deo that they would be singing over the fields of Bethlehem nine months later. With the sound of Mary’s voice, the divine Savior was invited into this world.

Immediately Mary went to visit her kinswoman Elizabeth, who was now miraculously pregnant for all the world to see. At the Visitation, something else miraculous happened: At the sound of Mary’s voice, Elizabeth was filled with the Holy Spirit. The liturgical texts and even biblical commentaries seem to focus on only one of the two things that happened: The unborn Forerunner leaping in Elizabeth’s womb when Mary greeted her. But the Scripture says, “When Elizabeth heard the greeting of Mary, the babe leapt in her womb and Elizabeth was filled with the Holy Spirit…” (Lk. 1:41; italics added). The connection between the sound of our Lady’s voice and the grace of the Holy Spirit is important because we have here the first instance of Mary as Mediatrix of Grace. It is true that it would only be after the cross and Pentecost, and with her ultimate glorification and coronation as Queen of Heaven, that our Lady would be the Mediatrix of Grace for the whole world. But from the moment the Son of God became flesh of her flesh, Mary became His personal instrument for the communication of the grace of His Spirit to others. Wherever she goes, whatever she says or does, the grace of God flows through her for the joy and benefit of all who have the pleasure of experiencing her presence.

Mary is called the New Eve because of her collaboration with Christ the New Adam, and because her obedience was the “remedy” for Eve’s disobedience. According to theologian Adrienne von Speyr, her role as the New Eve also includes the mystery of Mary as Mediatrix. Von Speyr writes: “The mediation of grace in Mary has been put in place precisely where Eve cut herself off from God. Through her disobedience, Eve became for Adam the mediatrix of all sins, since at that moment there was only Adam to whom she could mediate anything. Through him her sin was passed on through all generations…. In contrast, Mary, in her purity, only mediates what God is and what God wants to mediate. There exists a perfect unity and harmony between what she accomplishes as she mediates and what God accomplishes through her mediation. This is founded in her gracious participation in the inner divine life” (Mary in the Redemption).

Major apparitions of the Blessed Mother have occurred at those times when people most needed to hear her Gospel message.

Many Moslem women not only resemble our Lady in their style of dress but also in the practice of a virtue that Western women must once again embrace.