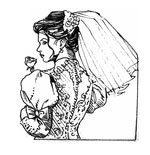 By Richard A. Spinello | May 2021
Richard A. Spinello is Professor of Management Practice at Boston College and a member of the adjunct faculty at St. John’s Seminary in Boston. He is the author of The Splendor of Marriage: St. John Paul II’s Vision of Love, Marriage, Family & the Culture of Life, along with numerous other books and articles on ethical theory, applied ethics, and the writings of Pope St. John Paul II.

On December 26, 1957, Lucia dos Santos, one of the three child visionaries from Fatima, gave her final public interview. The other two visionaries, Francisco and Jacinta Marto, had died shortly after Mary appeared to them in 1917. Sr. Lucia lived until 2005 and received additional Marian apparitions in the Carmel of Coimbra over the 57 years she lived there. Many of those apparitions reinforced the original message of Fatima. In that final interview, given to Fr. Augustín Fuentes, she proclaimed the content of one of those apparitions: “Mary told me that the Devil is engaging in a battle with the Virgin, a decisive battle. It is a final battle where one party will be victorious and the other will suffer defeat. So, from now on, we are either with God or with the Devil; there is no middle ground.”

In the summer of 1959, the chancery office in Coimbra issued an anonymous report condemning Fr. Fuentes’s interview with Sr. Lucia as fraudulent. Fr. Fuentes, however, would later be vindicated. Sr. Lucia herself publicly testified that her statements to the Mexican priest were authentic and true.

Many years later, Sr. Lucia delivered the same message, but this time it was more specific: The final confrontation, she said, would be centered around the Sacrament of Matrimony. The message was conveyed in a letter she wrote to Carlo Cardinal Caffarra in 1984. Its contents were revealed in 2008, three years after her death. Cardinal Caffarra, good friend and associate of Pope St. John Paul II, was responsible for establishing the Pontifical Institute for Studies on Marriage and Family in Rome, later named after the Holy Father. The new institute met with hostile resistance both within and outside the Church. As the institute was to be placed under the patronage of Our Lady of Fatima, Cardinal Caffarra wrote to Sr. Lucia and asked for her prayers to support the Pope’s initiative. In response, she wrote him a letter that elaborated on the apocalyptic revelation of her 1957 interview: “Father, a time will come when the decisive battle between the kingdom of Christ and Satan will be over marriage and the family. And those who will work for the good of the family will experience persecution and tribulation. But do not be afraid, because Our Lady has already crushed his head.”

In a 2017 interview, Cardinal Caffarra remarked, “What Sr. Lucia wrote to me is being fulfilled today.”

Crossing the Chasm of Faith & Praxis

Late one Friday afternoon in the spring of 2001, my fiancée and I sat on…