Volume > Issue > The News You May Have Missed: December 2020 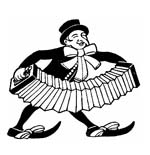 A California woman ran a mile in under six minutes — while nine months pregnant (United Press International, Oct. 21). Makenna Myler, 28, said her doctors cleared her to continue running with the Valor Track Club in Orange County five to six times a week while pregnant. Makenna’s husband, Mike, bet her $100 that she couldn’t run a mile in under eight minutes, and she decided to take up his challenge — one week before her due date. Makenna crushed the goal, finishing with a time of five minutes, 25 seconds. The average time for a female runner to complete a mile is 10 minutes, 40 seconds. “I think pregnancy is a beautiful thing and it’s not an injury or a sickness, that you’re still really capable,” Makenna said. Mike posted video of her accomplishment to social media, where it quickly racked up thousands of views. “Someone check the Guinness stats. My wife is an absolute champion,” he wrote.

Word of Judy Cashner’s death in 2019 came as quite a shock — to Judy Cashner (The Oregonian, Sept. 25). The news came from her bank. “We are sorry for your loss and understand this is a difficult time for you,” Wells Fargo wrote in a letter addressed to her estate, saying that credit-card payments received would be applied to transactions made after her death. “If this was not your intent,” the bank wrote, “please call us.” Wells Fargo also notified three credit-reporting agencies that Cashner, 76, had died. She and her husband were in the process of refinancing their home when the lender said it couldn’t approve the loan. “My income was not available,” Cashner said, “because I was deceased.” Demonstrating that she was still living required several calls to the bank’s customer-service agents and visit to a local branch, where Cashner presented her driver’s license and signed a “declaration of life” form. It’s unclear how Wells Fargo got the notion she had died or why it failed to verify that information before acting on it.

A Massachusetts man’s love of black licorice cost him his life. In a case detailed in the New England Journal of Medicine, doctors revealed that a 54-year-old construction worker essentially “overdosed” on the candy, which contains glycyrrhizic acid, causing the man’s potassium levels to plummet. Dangerously low levels of potassium can lead to abnormal heart rhythms, high blood pressure, and, in some cases, congestive heart failure. “Even a small amount of licorice you eat can increase your blood pressure a little bit,” Dr. Neel Butala, a cardiologist and one of the authors of the case report, told the Associated Press (Sept. 24). The man, who was not identified, collapsed while eating lunch at a fast-food restaurant; the incident occurred a few weeks after he had switched from red licorice to black. The quantity the man consumed — he reportedly ate a bag or more of the candy per day — threw his nutrient levels out of whack, ultimately causing his heart to stop.