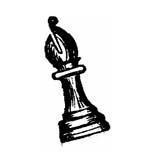 Roger Vangheluwe, a Belgian bishop at the center of one of the Catholic Church’s biggest pedophile scandals, admitted that he had abused two of his nephews. In his first television interview since the scandal broke, the former bishop of Bruges described his thirteen years of sexual abuse of one nephew, which started when the boy was age five, as no more than “a little piece of intimacy.” He said the abuse of a second nephew was very short. Vangheluwe said the thirteen-year abuse of the first nephew “started as, I would call it, a game. And in fact it never went much beyond that. I had the strong impression that my nephew didn’t mind at all.” To the contrary, Vangheluwe said, “it was not brutal sex. I never used bodily, physical violence” (Associated Press, Apr. 14).

Brussels Archbishop André-Joseph Léonard, head of the Catholic Church in Belgium, was ambushed on four occasions while visiting the Catholic University of Louvain-la-Neuve, near Brussels, on April 5. His attackers: homosexual activists. Their weapons: shaving-cream pies. Léonard’s spokesman told reporters that the archbishop “will not pursue legal action against the pie throwers,” but added that he “does not take the attacks as a joke.” According to Agence France-Presse (Apr. 14), one of the pie-throwers told Belgian reporters, “For all those homosexuals who dare not tell their parents they are gay, for all those young girls who want to have an abortion, he absolutely deserved it.” Archbishop Léo­nard’s spokesman said the prelate won’t be intimidated or silenced by cream-pie attacks.

A group of “intactivists” opposed to infant circumcision — which they call “male genital mutilation” — said they have collected more than enough signatures for a proposal to ban the practice to appear as a ballot measure in San Francisco during the November elections. The leading proponent of the ban, Lloyd Schofield, 59, acknowledged that circumcision is widely socially accepted but said it should still be outlawed. “It’s excruciatingly painful and permanently damaging surgery that’s forced on men when they’re at their weakest and most vulnerable,” he told Reuters (Apr. 27). The ballot measure, which would only apply within San Francisco city limits, would make it a misdemeanor crime to circumcise a boy before he is 18 years of age, regardless of his parents’ religious beliefs, and would carry a maximum penalty of a $1,000 fine and a year in jail.

A group that has been characterized as “Catholic fundamentalists” attacked Andres Serrano’s controversial artwork “Piss Christ” — a photograph of a plastic crucifix submerged in a glass of the artist’s own urine — in the city of Avignon as part of an “anti-blasphemy” campaign. Serrano’s art piece has been the subject of controversy for decades, but the most unlikely defender of Serrano’s work has been British art scholar and television nun Sister Wendy Beckett, who said, “I thought he was saying, in a rather simplistic, magazine-y type of way, that this is what we are doing to Christ, we are not treating him with reverence. His great sacrifice is not used. We live very vulgar lives. We put Christ in a bottle of urine — in practice. It was a very admonitory work” (D Magazine, Apr. 20).