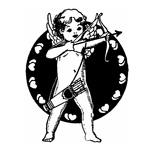 The iconic Pont des Arts footbridge near the Louvre in Paris was evacuated this June after a metal grill laden with thousands of “love locks” collapsed onto the walkway. Since 2008 amorous couples have attached padlocks inscribed with their initials onto the bridge and thrown the keys into the River Seine, symbolizing their everlasting love. Bruno Juillard, Paris’s head of cultural affairs, said the collapse “confirms that our desire to find an alternative to these locks is a real necessity.” But city authorities have been reluctant to take stiffer measures for fear of hurting the city’s tourist industry and its worldwide reputation as a city of love (Telegraph, June 9).

Gene V. Robinson, the first openly gay Episcopal bishop, plans to divorce his “husband,” Mark Andrew, spelling the end of their 25-year relationship. Robinson announced their divorce in an e-mail to the Episcopal Diocese of New Hampshire, where he served for nine years before retiring in 2012. The two men were joined in a 2008 civil union in New Hampshire, which became a legal marriage when the state recognized same-sex marriages two years later. Robinson had earlier been married to a woman with whom he had two children before he and his wife divorced. The Rev. Susan Russell, a gay-rights leader in the Episcopal Diocese of Los Angeles who preached at Robinson and Andrew’s union, said the end of the men’s marriage was tragic, but that Robinson would remain an “icon of a faithful Christian man living out his vocation, not by his choice, but by his placement in history” (Associated Press, May 4).

While women have long used fake phone numbers to bat off aggressive come-ons, now they can sweeten the blow with a feminist reprimand. A Tumblr page called Feminist Phone Intervention has set up six fake phone numbers women can use to get out of those unwanted situations where men won’t take “no” for an answer. When dialed or texted, the hotline delivers automated quotes from feminist scholar and activist Gloria Jean Watkins. When women give the hotline number instead of their own, their unwelcome suitors will be left to ponder pointed epigrams such as: “Whenever domination is present, love is lacking” (Huffington Post, June 17).

Social scientists and gerontologists are becoming increasingly concerned about isolation among the elderly, but an online community called Stitch hopes to change that. The service has been described as “Tinder for seniors,” but creator Andrew Dowling insists it isn’t designed for casual hookups. Instead, Stitch matches people with similar interests in order to provide companionship, a word he uses specifically and often instead of “dating” or “love.” Dowling is, in other words, not just trying to be a romantic matchmaker, but a friend matchmaker of sorts. Dowling acknowledges that profitability could be an issue since seniors are mostly on fixed incomes, but he still believes that Stitch can help create a social tapestry (The Atlantic, June 4).

The News You May Have Missed: October 2022

A Diet with Worms... What’s in Your Water?... Feast Like a Feline... Piggie Pop... Worth Its Weight in Beer... Victims of the Algorithm... and more