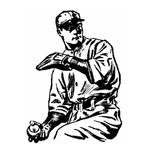 When Osama bin Laden wasn’t planning terrorist attacks such as 9/11, he was apparently watching YouTube clips like the now-legendary 2007 viral video “Charlie Bit My Finger.” That was one of the many videos Navy SEALs found in bin Laden’s collection when they stormed his compound in Abbottabad, Pakistan, according to a CIA press release. And that shocks Howard Davies-Carr, who filmed the 55-second video of his infant son Charlie biting the finger of his older son Harry. The clip struck a chord with many, ultimately receiving more than 854 million views. “I don’t know how to react,” Davies-Carr said of the discovery of his family video on bin Laden’s computer. “It’s hard to imagine he’s planning terrible things one minute and then laughing…over this the next.” The YouTube clip was one of the strangest films found in bin Laden’s video stash, which included old Tom & Jerry cartoons, feature films like Cars and Resident Evil, and a number of crochet tutorials (Huffington Post, Nov. 1).

Black-clad protesters in a suburb near Athens, Greece, tore down a controversial 26-foot-high, red, angel-shaped sculpture called Phylax (Greek for “guardian”), which critics have likened to Satan (Reuters, Jan. 18). Prior acts against the sculpture have ranged from throwing white paint on it to attempting to exorcise it with holy water. Phylax debuted last December and, according to press reports, has drawn protests from “residents, religious conservatives and supporters of far-right political groups.” In January a group of a dozen or so hooded persons tied it to the back of a truck and pulled it down. Mayor Dionysis Hatzidakis rhetorically asked, “So, if we don’t like something we destroy it…for political purposes?” He said he suspects the vandals are far-right, adding that they threatened to hurt an eyewitness if he alerted authorities. A spokesman for the mayor says that if the sculpture can be repaired, it will be reinstalled. Sculptor Kostis Georgiou says he hopes “evil shall not prevail.” The violence, he says, has left him “speechless.” Perhaps Phylax “should remain down on the ground as a memorial of the irrational rationale,” he said.

A dozen camels were disqualified at a Saudi Arabian beauty contest for receiving Botox injections to make them more attractive (National Public Radio, Jan. 24). A Saudi veterinarian was caught performing plastic surgery on the camels, reducing the size of their ears to make them appear more delicate, in addition to administering injections to their lips, noses, and jaws. He faces a five-year ban and possible legal penalties for violating animal-welfare laws. Botox “makes the head more inflated so when the camel comes it’s like, ‘Oh look at how big that head is. It has big lips, a big nose,'” explained Ali Al Mazrouei, the son of a prominent Emirati breeder. About $57 million is awarded to winners of the contests and races in the annual, month-long King Abdulaziz Camel Festival, including more than $31.8 million in the beauty pageant. The festival provides a number of informative graphics about camels, including a diagram titled Standards of Camel Beauty. But it is unspecific about what makes a camel handsome, other than mentioning a “leathery mouth.”