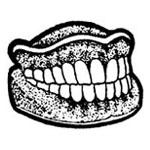 A Pennsylvania congressman admitted that he swiped Pope Francis’s glass of water following the Holy Father’s address to Congress and sipped it with his wife and staffers (United Press International, Sept. 25). Rep. Bob Brady, a Democrat and a Catholic, watched Francis drink from the glass three times during his speech, and once the Pontiff finished his remarks, Brady made his way to the lectern and took the glass back to his office. “How many people do you know that drank out of the same glass as the pope?” he asked. Brady then invited Sen. Bob Casey, another Catholic, into his office, and Casey brought his wife and mother to dip their fingers in the glass. Brady poured the rest of the water into a bottle and plans to use it to bless his four grandchildren. Brady said he is keeping the glass in a paper bag so he can have police fingerprint it and confirm its authenticity. He’ll have to wait because, Brady said, due to the papal visit the police are “pretty busy right now.”

Washington, D.C.’s Metro transportation system issued protective sleeves for fare cards featuring a picture of the Pope to commemorate his September 22-24 visit. The sleeve was offered free with advance purchase in the hope that patrons would have their cards loaded and ready upon arrival at Metro stations so as to minimize delays. Thousands were expected to use the system during the Pope’s visit, and Metro ran extra trains and suspended track work in anticipation of crowds. A petition launched on Change.org asked the Pope to bless the transit system so that “it actually works.” D.C. Resident Noah Rosenheck opened the petition, saying he’s “willing to try anything” to get the subway system to work properly. “Maybe a Papal Blessing is just what it needs,” the petition read (United Press International, Sept. 23).

A 66-year-old Japanese tourist died recently after falling down stairs while attempting to take a selfie at the Taj Mahal. The man’s death raised the number of fatalities involving selfies this year to 12. To put that in perspective, so far in 2015 there have been eight deaths worldwide caused by shark attacks. Four of the selfie deaths this year resulted from falling. The next leading cause of selfie-related deaths involves being hit by a train. Parks have closed because visitors keep trying to take selfies with bears; bull runs — an already dangerous activity — have had to expressly outlaw selfie-taking; and even Tour de France cyclists are concerned about selfie danger. In July the Russian Interior Ministry released a brochure warning that cool selfies “could cost you your life.” An aide to Russia’s interior minister elaborated: “Before taking a selfie, everyone should think about the fact that racing after a high number of ‘likes’ could lead him on a journey to death and his last extreme photo could turn out to be posthumous” (Mashable.com, Sept. 21).