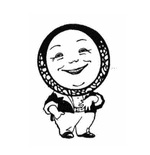 London’s first “naked restaurant” opens this summer. The Bunyadi, which, as of this writing, has a waiting list of more than 27,000, will be open for three months (Telegraph, Apr. 27). Diners will be encouraged to disrobe and “experience true liberation.” Customers who choose to go au naturel will go to a changing room, place their clothes and belongings in lockers, and don a light gown. It is then up to them whether to remove the gown at their tables, each of which is partly obscured by bamboo screens, creating partial privacy. “Minimally clothed” serving staff will wait on tables, offering foods cooked on a wood fire and served in handmade clay crockery. According to the eatery’s masterminds, the “Pangaea-like” enterprise seeks to free guests from the “trappings of the industrialized world.” Mobile phones and cameras will be banned.

Smell Dating is a New York matchmaking service based on the science of pheromones, helping singles sniff out a perfect match by smelling body odors (Reuters, Mar. 24). Creators Tega Brain, a teacher at New York’s School for Poetic Computation, and Sam Lavigne, an editor and researcher at New York University, describe the venture as an art project. Clients, who pay a onetime fee of $25, receive a T-shirt to wear for three days straight without bathing, and then they mail it back to the “Sweat Shop,” where it’s cut into swatches. Smell Dating then sends batches of 10 mixed swatches to other clients for sniffing. A match is made if two clients’ olfactory attraction is mutual. “Most normal dating services, you rely on profile pictures, assumptions that come from visual information,” Brain said. “You either really like the smell of someone or you don’t. It’s much more innate.”

The wedding rings were made of pasta, the ceremony was held on a pirate boat, and for the kiss, the bride and groom slurped up either end of a noodle until their lips met. The world’s first Pastafarian nuptial service, conducted by the Church of the Flying Spaghetti Monster, took place in New Zealand, where authorities recently decided the church can officiate weddings. “The Flying Spaghetti Monster created the world. We know that,” said marriage celebrant Karen Martyn, a.k.a. the Ministeroni. “We weren’t around then and we didn’t see it, but no other religion was around to see it either, and our deity is as plausible as any other.” Formed in 2005 as a way to poke fun at efforts to teach evolution and intelligent design in Kansas public schools, the church, whose followers call themselves Pastafarians, claims that global warming is caused by pirates vanishing from the high seas and that there is a beer volcano in Heaven.

The Chains of Love... Not by Bread Alone... Portrait of the Placenta as a Young Organ... No Laughing Matter... Being Real & Normal... Dealing in Death... Weird Science... Transitioning to Sanity?