Volume > Issue > The News You May Have Missed: January-February 2022 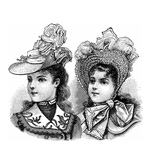 Return of the King

This November several hundred QAnon supporters gathered near Dealey Plaza in Dallas, where John F. Kennedy was assassinated, expecting his son, the late John F. Kennedy Jr., to appear and herald the reinstatement of Donald Trump as U.S. president (Dallas Morning News, Nov. 2). Kennedy Jr. died in a plane crash in 1999, but some QAnoners believe he’s spent the past 22 years in hiding. According to a post on a widely followed QAnon social-media account, after Trump is reinstated, he will step down; Kennedy Jr. will become president; Trump’s first National Security Adviser, Michael Flynn, will be appointed vice president; and Trump will become “king of kings.” The QAnon conspiracy theory centers on fealty to Trump, who adherents believe will dismantle a shadowy “Deep State” made up of pedophilic leftist politicians and celebrities. Kennedy Jr. has been a popular figure among QAnon conspiracy theorists. In 2019 some believed he would return as Trump’s vice president. Another theory posits that he is “Q,” the group’s anonymous leader. Kennedy Jr. failed to show up in Dallas.

The State of Colorado’s Sex Offender Management Board has voted to change the term sex offenders to adults who commit sexual offenses to reflect “person-first language” (CBS Denver, Nov. 22). Supporters argue that the change will reduce recidivism; opponents say it will only reduce accountability. Kimberly Corbin, a rape survivor, said it is now “improper or offensive in some manner for me to refer to the man who raped me as a sex offender.” She said it’s “damaging” to label people “when it has to do with gender, race, sexuality, ability, but those are not their choices…. These are choices that sex offenders make.” Derek Logue, however, says he shouldn’t have to carry the label for life: “Referring to me by a label for something I did half my life ago is inappropriate and downright offensive.” Jessica Dotter of the Colorado District Attorneys’ Council said, “I’m concerned that the use of person-first language generally is an intent to remove accountability from offenders and to diminish the experience of the victims.”

Insensitive to the Intergalactic

American pop singer Demi Lovato, a strong believer in extraterrestrial life, said it is offensive to call extraterrestrials aliens. During a recent television interview, Lovato said she does not call living beings from other planets aliens because that’s “a derogatory term for anything, even extraterrestrials, which is why I call them ETs.” In 2017 Lovato posted several images of what she claimed were UFOs in the skies over California’s Joshua Tree National Park. She said seeing the UFOs was a spiritual experience. “I have dug deep into the science of consciousness and experienced not only peace and serenity as I’ve never known but I also have witnessed the most incredibly profound sightings both in the sky as well as feet away from me,” she said. Lovato isn’t the only celebrity who believes in extraterrestrial existence. Robbie Williams, Miley Cyrus, and Russell Crowe have also claimed to have had experiences with UFOs and ETs (International Business Times, Oct. 12).