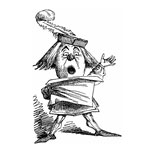 Women who have been convicted on prostitution charges will now be eligible for an Oregon teaching license under new state legislation. Sen. Margaret Carter, D-Portland, argued passionately for the measure, invoking the “Gospel of redemption and forgiveness” in a floor speech that riveted her colleagues. Former prostitutes, Carter contends, can be role models for students who might be headed down the wrong path. Oregon law, however, still prohibits anyone who has been convicted of murder, kidnapping, rape, and incest from receiving a teaching license (Associated Press, May 11).

A soccer match between Muslim imams and Christian priests at the end of a “Shoulder to Shoulder” conference in Oslo, Norway, to promote interfaith dialogue was canceled because the teams could not agree on whether priestesses should take part. Church of Norway spokesman Olav Fykse Tveit said the imams refused to play against a mixed-gender team of priests and priestesses because it would have gone against their belief in avoiding “close physical contact with strange women.” When the Church team decided to drop its female players, the priests’ team captain walked out in protest. Hours before the game was to begin, the Church released a statement saying it had called off the match because it was sending the wrong signal: “We realize now that it will be wrong to have a priest team without women” (Associated Press, May 5).

Police have been searching the wooded hills of the Mount Athos monastic community in northern Greece after a militant band of monks barged their way in to join an Ascension Day service. The action by hundreds of bearded and black-clad monks belonging to the Old Calendarists, an illegal sect that refuses to follow the modern Western calendar, brought turmoil to the 1,000-year-old community on the rocky peninsula. For years the Calendarist monks, banned from Mt. Athos (along with all females, both human and animal except for cats), have been shunned and boycotted as extremist by the more moderate Orthodox establishment. They have been known to fly banners calling the Pope the Antichrist. About 50 are believed to still be hiding among the wooded peaks of Mt. Athos (Times of London, May 18).