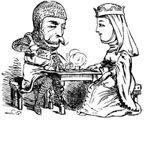 Olivia Blair, 93, was a member of Fourth Missionary Baptist Church in Houston for 50 years, but had not attended services in recent years due to illness. Blair’s daughter, Barbara Day, reported that when her mother died, she wanted Fourth Missionary pastor Walter Houston to officiate the funeral. But he refused, allegedly telling Day that her mother “had not ‘paid her dues,’ and she had not attended the church in recent years.” Blair had been sick for 10 years, was in either a hospital or a nursing home for the past two, and was in a coma in the final months of her life. Tyrone Jacques of watchdog group PimpPreacher.com said he contacted Pastor Houston and pleaded with him to reconsider his decision, but Houston allegedly replied, “If the family cared so much, why didn’t they at least send a dollar per week?” Jacques also reportedly offered to pay for the funeral, but was denied because “membership has its privileges” (Christianity Today, Nov. 29).

In an effort to reach the unchurched, Riverchase United Methodist Church in Birmingham, Alabama, has launched a worship service at a Buffalo Wild Wings restaurant. “We believe there’s a population that would attend a service there that wouldn’t go to a church,” said Rev. Wesley Savage, Riverchase’s youth minister, who thinks the restaurant could provide “a more inviting atmosphere.” The services take place before Buffalo Wild Wings officially opens for business. No beer will be served as part of the service. “I’ve had that question come up,” Savage said. “We’re going to encourage people to stay for lunch, stay for sports. This is part of the partnership. We’ll help them with their business because they’re helping us” (The Birmingham News, Dec. 8).

Not to be outdone, the McMass Project, the brainchild of Paul Di Lucca, a creative director at the church branding agency Lux Dei Design, is raising funds to put a McDonald’s franchise inside a place of worship. The multidenominational group has launched a campaign on the crowdfunding site IndieGoGo.com, hoping to raise $1 million to build the first McDonald’s church. So far, they’ve raised only $104. The group points out that three million people leave the faith every year and that 10,000 churches closed down in 2013, while 70 million people eat at McDonald’s every day. “By combining a church and a McDonald’s we can create a self-sustaining, community-engaged, popular church, and an unparalleled McDonald’s restaurant,” says their appeal at IndieGoGo. The group is currently looking for a church that will partner with them. “We are aware a lot of people will think this is an insane idea,” Di Lucca said (Fox News, Nov. 28).

K.J. Rawson, an assistant professor of English at the College of the Holy Cross, has received an $84,700 grant from the American Council of Learned Societies’ Digital Innovation Fellowship to build a “Digital Transgender Archive,” which will reportedly be “the first digital archival collection of transgender-related historical materials.” The project “aims to develop a database of information on the works, studies and experiences of transgender individuals and the social movement to advance their rights.” Rawson, who is herself a transgender individual, told the school’s magazine that “the core Jesuit qualities that distinguish Holy Cross” serve to inspire the initiative. According to Rawson, the response to the project has been positive. “I haven’t heard a single negative thing,” she said (Cardinal Newman Society, Nov. 25).