Volume > Issue > The Crypto-Catholic & the Jansenist 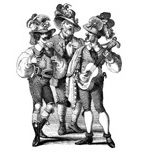 By Keith Hopkins | July-August 2015
Keith Hopkins is an English lawyer and historian. In 2007 he won the Shakespeare Birthplace Trust award for a review of The History Plays.

Can we define a dramatist in religious terms and, if so, what does it mean to say that there is something called “Catholic drama”? William Shakespeare and Jean Racine, compared and contrasted, provide two fascinating case studies. Shakespeare’s Catholicism, and how we read it in both the plays and the man, can be brought into sharp focus through a reading of Racine’s brilliant, neo-classical dramas. Racine (1639-1699) was a Jansenist — that is, he followed the (later condemned) rigorist teaching of Cornelius Jansen and the Port Royal school in France. Jansen had read the works of St. Augustine very closely and derived from them a harsh creed that preached the absolute corruption of the human will, the all-powerful role of grace, and the terrors in the next life that attend on those who are not saved. Racine’s teachers condemned the stage and the court of King Louis XIV, and this prompted something of a crisis in the young man, who knew that he was a supremely gifted artist and, naturally, wished to exploit his talents. His solution was to dramatize the Jansenist philosophy in a series of brilliant plays set in the classical world — plays that dazzled his contemporaries.

In these plays we see original sin burning with an almost inhuman glow, we see paganism triumphant, and we see death and judgment. Like Shakespeare’s great tragedies, Racine’s depict the terrible consequences that follow when the dark elements both within and exterior to man are unleashed on societies that do not possess the spiritual forces to withstand them. The Racinean and Shakespearean worlds are emphatically, decisively, and tragically fallen. Racine’s characters carry a double fault: not only sin, but also the misfortune to be born before the Redeemer and so lost eternally. Racine agreed with Pascal’s theological point that “the only true virtue is hatred of self.”

It is generally agreed that Phaedre (1677) is Racine’s greatest play. Phaedre is the daughter of Minos of Crete, himself the product of a liaison between the immortal Zeus, in the form of a bull, and a mortal woman. Phaedre arrives in Athens, the center of reason, restraint, and order, cherishing an illicit passion for her stepson, Hippolyte. From her first moment on stage, she is the epitome of paganism. She appears loaded down by ornaments and a headdress, and, heavily burdened by her guilty desire — almost a scriptural embodiment of carnality, sin, and corruption of spirit — she falls into a chair. Hippolyte is aware from the first that, with her arrival, all things have changed. An ancient, gory, terrifying world is present: “Crete smoking with the Minotaur’s blood.”

Phaedre, lost in a lost world, can only seek reassurance from familiar rituals and customs. She goes to the altar, surrounded by the burned and bloody sacrificial offerings. In a procedure well known to the ancients, she seeks guidance in the entrails of the sacrificial victims, either by putting her hands into their steaming loins or scrutinizing their drawn-out organs: “Surrounded at every hour by burnt offerings, / I sought out my distracted reason in their entrails.”

Ernest Gaines & the Triumph of the Human Spirit

Artists are prophetic because they see and experience what those at a distance take longer to see.