Volume > Issue > Why a Self-Indulgent Age Needs a Rough Religion 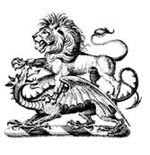 By Kenneth Colston | March 2022
Kenneth Colston teaches literature in St. Louis. His articles have appeared in Logos: A Journal of Catholic Thought and Culture, Saint Austin Review, The New Criterion, Homiletic & Pastoral Review, Crisis, and First Things. He read an earlier version of this article at the Annual Conference of the St. John Henry Newman Association in July 2020.

We now have a Victorian novel by a saint — and not only one, but two. In 1845, after shocking Victorian society by crossing the Tiber and entering the Church of Rome, the eminent Anglican intellectual John Henry Newman disclosed that sensational conversion with his novel Loss and Gain, teasingly subtitled The Story of a Convert (1848). His first book after his conversion, it offers a jarring look into the confirmed heart of a convert, “a heart talking to a heart.” As the protagonist’s father puts it in the first chapter, “The heart is a secret with its Maker; no one on earth can hope to get at it or to touch it.” No one on earth can touch it, but that doesn’t stop a novelist from trying.

St. John Henry Newman is generally known as politically indifferent, a lapsed Tory who has admirers on both sides of the Church aisle. Some ecclesiastical liberals consider him the champion of individual conscience. Though he abhorred Anglican indifferentism, he also opposed ultramontane papolatry and carved out a theological role for the laity. His signature formula of development of doctrine, advocating famously that “here below to live is to change and to be perfect is to have changed often,” is sometimes read as opening the doors to religious progressivism, despite its locating bedrock dogma in the earliest formulae of the Church. On the other hand, Newman’s lifelong fight against the “anti-dogmatic principle” of “liberalism in religion,” which accelerated ineluctably when he converted during the pontificate of Pius IX, exposes the narrowness of an Anglo-Saxon conservatism that levitates toward libertarianism, and it does so in a novelist’s move that Newman probably made to arrest his audience. Almost invisibly grounding that move are interrelated theological doctrines that Anglicanism and Anglo-Saxon culture had nearly forgotten, and that therefore we must now learn again in order to recover.

Like many Catholic traditionalists today, the protagonist of Loss and Gain, Charles Reding, does not want cheap grace, an easy confession, and gentle accompaniment but clarity, demands, and depth. “It is a cruel thing,” he asserts, “to say to the unlearned, ‘Believe, and you are at once saved; do not wait for fruits, rejoice at once,’ and neither to accompany by any clear description of what faith is, nor to secure them by previous religious training against self-deception.” This is the description Charles gives of Anglican evangelism. He knows that the joy of the Gospel comes as well from the sweat of good works. Real grace bites because it must eat away sin. Indeed, the comfort of the Church of England — the easy dispensation of fast days, the pampered life of scouts and tea time, the pleasures of marriage, the steady income of a parish, the life of the mind in serious study — functions like the Gospel’s first temptation of bread to Charles, and he rejects them for the austerity of celibacy, nearly forbidden by his Anglican partisans.

In an early diary entry, before taking orders, Newman scoffed at such ease: “Those who make comfort the great subject of their preaching seem to mistake the end of their ministry. Holiness is the great end. There must be a struggle and a trial.” He thought his rigorous 12 hours of study a day for the Oriel fellowship a due penance for having taken only a second-class degree. Ascetic enthusiasm was the early rule at his religious community at Littlemore: rising at three o’clock, breakfast while standing, no full meal before five, three days of abstinence from meat. Newman himself slept for a while on the floor.

Transmitting Culture from Generation to Generation

The modern world's temptations are especially designed to dupe the young and to enslave them by money, indebtedness, entertainment, and sex.

The Wolf in Our Midst