Volume > Issue > Ripeness Is All 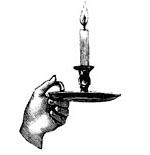 By Will Hoyt | June 1989
Will Hoyt, who chisels both wood and sentences, is a car­penter in Berkeley.

What is it about age 31? For years, in fact un­til the day he died, Pascal carried around a hand­written note on his person. It read:

The year of grace 1654.
Monday, 23 November, feast of St. Clement,
Pope and Martyr, and of others in the martyrology.
Eve of Saint Chrysogonus, Martyr, and others.
From about half past ten in the ev­ening until half past midnight.
Fire
God of Abraham, God of Isaac, God of Jacob,
not of philosophers and scholars….

This is, by virtue of its intensity, an alarming test­ament. But more alarming still is its date. In 1654 Pascal would have been 31 years old. Take some­one else — Dostoevsky, say, who underwent a sim­ilarly decisive experience exactly 200 years later at the end of a term of penal servitude in Siberia. Dostoevsky’s age at the time? He entered prison at age 29; he left at age 33. The list could go on and on, for it is endless. Time after time people from all centuries and all nations appear to undergo a conversion of one sort or another around the time of this, their 31st year, to heaven. St. Augustine? Thirty-one. T.S. Eliot? Twenty-nine. Dorothy Day? Thirty. W.H. Auden? Thirty-three. C.S. Lew­is? Twenty-nine. Juliana of Norwich? Thirty-one. St. Paul? Thirty-three. Eric Gill? Thirty-one. The event occurs with such regularity at or around the 31st year that one might almost assume a “religious crisis,” as it is commonly called, to be a biolog­ical event.