Volume > Issue > The Catholic Dramatist in a Protestant Land 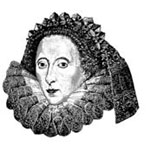 ALL THE CHURCH'S A STAGE

By Kenneth Colston | December 2014
Kenneth Colston, a retired teacher of languages who has contributed many articles to newspapers, magazines, and journals since 1984, resides in St. Louis. His articles on literature have appeared recently in Logos: A Journal of Catholic Thought and Culture, Saint Austin Review, and Homiletic and Pastoral Review.

Do an artist’s beliefs matter? It seems not. He has an audience to arrest and satisfy, his technique to master and exploit. In the case of a dramatic artist, he has stories to tell, plots to arrange, characters to develop, language to deploy, and audiences to woo. Even in communities of soft censorship, such as modern liberal societies, he faces taboo subjects and words; he must bite his tongue. Moreover, who really is interested in the artist’s simple propositions? Plato showed in the Republic that the poet deals unknowingly in representations of representations; he is seized by divine ecstasy, irrational magnetism. For ideas, let us consult the philosophers, not the poets. Art is a web of emotions, we are told, not a lattice of thought. Does anyone look at a ring pattern on a ceramic bowl and ask, “I wonder if the artist was a Methodist?” Don’t we, in fact, hope that the artist doesn’t wear his faith on his sleeve? Who wants Unitarian noir, a Cistercian jazz riff, or a Poor Clare foie gras?

But what about writers? Do their specific denominational visions or general religious orientations matter? What about the audience’s? As objective as a work of literary art is, both the artist’s intention and the audience’s reception are powerfully subjective — so subjective, some claim, that the artist outright disappears and asserts nothing. John Keats’s famous definition of negative capability, attributed to the mind of Shakespeare, is still the critical dogma of our age: “With a great poet the sense of Beauty overcomes other considerations, or rather obliterates all considerations.” Modern deconstructive criticism goes further by claiming that the poet flails about, as it were, in negative incapability: He is powerless to affirm meaning, let alone truth and beauty, for his words fail in deferred difference. Truth and beauty are arbitrary, cultural, and unknowable.

Recent readers of Shakespeare, scrutinizing his biography and proof-texting his plays and poetry, have advanced the centuries-old speculation that the English language’s greatest writer was a closet Catholic. If he was a Catholic, how might the overall shape of his work have differed from that of a Protestant reformer? He would have thought in orthodox Catholic categories. These categories require a commitment; to hold them lightly is to lose them, and to use some of them openly at that time risked imprisonment, torture, or even execution. Most secular readers today are not only uncommitted to these categories, they often don’t recognize them at all, let alone as Catholic or even Christian. When we look at them closely, we see that the question is not whether Shakespeare’s thought is religious but whether it leans toward Protestant or Catholic emphases.

To discern an orthodox Catholic artist, it is first necessary to identify an orthodox Christian. Insofar as he proceeds from observation of reality, he usually begins with a clear-eyed look into the human heart, which he finds broken with sin — and he does not insist that sin can be legislated away by progressive policies or democratic rule. The law of unintended consequences works because sin is always around the corner, behind the door, or under the covers. Flannery O’Connor in “The Catholic Novelist in the Protestant South” (a talk given at Georgetown in 1963 and published in 1966) claimed that the Southern Catholic writer displays an identity “absorbed from the Scriptures and from her own history of defeat and violation: a distrust of the abstract, a sense of human dependence on the grace of God, and a knowledge that evil is not simply a problem to be solved, but a mystery to be endured.” O’Connor explained the necessity of a ground of stories for the storyteller:

Abstractions, formulas, laws will not do here. We have to have a story. It takes a story to make a story. It takes a story of mythic dimensions, which belongs to everybody; one in which everybody is able to recognize the hand of God and imagine its descent upon himself. In the Protestant South the Scriptures fill this role. The ancient Hebrew genius for making the absolute concrete has conditioned the Southerner’s way of looking at things. That is one of the big reasons why the South is a story-telling section at all. Our response to life is different if we have been taught only a definition of faith than it is if we have trembled with Abraham as he held the knife over Isaac.

This condition of a mythic background story of stories, which begins with love and sin, and ends with love and redemption, was certainly met by Shakespeare’s England, both in the Geneva and Bishop’s Bibles and in the iconography of the old faith, much of which remains in English churches to this day, despite low Protestant and liberal Catholic iconoclasm. Macbeth, Lear, Othello, Hamlet, Falstaff, Henry IV, Richard III, Prince Hal, Coriolanus, to name only the most prominent — are these immortal portraits of sinful humanity not the very crucible of Shakespeare’s art?