Volume > Issue > Is Football Past Its Prime? 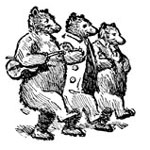 Is Football Past Its Prime?

By Casey Chalk | December 2017
Casey Chalk is a graduate student in theology at Christendom College and an editor of the ecumenical website Called to Communion (www.calledtocommunion.com).

I love football. I always have and always will. The romance began early — very early, if one were to believe my father, who claims my first word was “Redskin.” I remember the jubilation that filled our house when the Skins won Super Bowl XXII: Doug Williams, the first African-American quarterback to play in a Super Bowl, led a team of replacements to a 42-10 victory over the Denver Broncos. By the time of the epic Redskins season that ended with a Super Bowl XXVI victory against the Buffalo Bills, I was eight years old, and I was all in. I vividly remember the first game of that season, my father and I fishing on the Potomac River, listening to the radio as the Redskins shut out the Detroit Lions 45-0. We were at RFK Stadium for Week 11, a 56-17 slamming of the Atlanta Falcons. My favorite Christmas gift that season was a #11 Mark Rypien uniform (another Super Bowl-winning Redskins QB), helmet and all. I wore that thing into the ground, quite literally, until it was irreparably green all over with grass stains.

Despite my appreciation for football — especially for my burgundy and gold — I have, over the years, come to feel ambivalent about the game, and that ambivalence is increasingly giving way to skepticism and disfavor. This disinclination for football has, in many respects, run concomitantly with my growth as a Christian, and now as a Catholic. Indeed, in many respects, my unease has been informed by beliefs that flowered out of my deepening relationship with Christ, and now with His Church. My father liked to say that the Redskins, who have yet to return to the greatness of that 1991 season, had broken his heart more than any woman ever could. I suppose I would say that my romance with football has been just as tumultuous.

“Human personhood must be respected with a reverence that is religious. When we deal with each other, we should do so with the sense of awe that arises in the presence of something holy and sacred. For that is what human beings are: we are created in the image of God.” — U.S. Conference of Catholic Bishops, “Economic Justice for All” (no. 28)

When I was a high-school freshman, one of the activities in the first few weeks of P.E. was flag football. My P.E. teacher was one of the coaches of the JV football team. He watched with interest as I outran and out-caught several of his players. He suggested I try out for the JV team as a cornerback. I talked to my father about it — surely such a huge football fan would be pleased. Yet my father was adamant: “Don’t play football. You’ll get injuries you’ll never recover from. You’re too small to ever make it beyond the bench of the varsity team, and you’ll have wasted your athleticism.” He reminded me of multiple members of our extended family who had played high-school football and suffered lifelong injuries. I listened to my father and played other sports.

Even when I was a kid, I knew that the risk of serious injury inherent in football separated it from other sports. Quarterback Joe Theismann’s 1985 career-ending injury at the hands of Giants linebacker Lawrence Taylor is the stuff of legend among us Redskins fans. If only that were the worst of it.

This Land is Not Our Land

Review of Confessions of a Parish Priest by Andrew Greeley, A Path From Rome by Anthony Kenny, and Catholic America by John Cogley