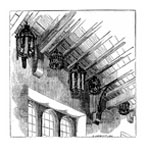 HE TAUGHT US HOW TO DIE

Ed. Note: In our April 1994 editorial we paid tribute to our Contributing Editor Christopher “Kit” Lasch, who died on February 14, 1994. Here we offer a eulogy by his fellow Contributing Editor Jean Bethke Elshtain, de­livered on February 27 in the Interfaith Chapel at the University of Rochester (where Kit was Watson Pro­fessor of History). The closing hymn was “O God Our Help in Ages Past.”

Nearly two weeks have gone by since we lost Kit. And, if anything, the shape and scope of our loss is made more clearly manifest with each passing day. It will take some time for us to measure this loss, different, to be sure, for family and for friends and for students, but poignant and nigh insupportable for all. Kit was a man of grace who found much of late modernity graceless; a man of wit who found much of our politics witless; a man of purpose who lamented our culture’s frenetic pur­poselessness; a man of hope who saw in boundless optimism a deep despair. From the beginning of his work to the end, he marked those “fantasies of om­nipotence” that underscored America’s intellectual elite and threatened to swamp the culture itself. There were times when Kit was gloomy about our prospects. In one of his letters to me, he expressed the fear that “we are winning the argument but losing the culture.” If that, in fact, is not to be our fate, we will owe Kit an even greater debt than the one we now rightly feel. For he would have us persevere. The “bet­ter angels of our nature” might yet be rekindled and America brought back to what Kit considered her rich­est prospects (not measured by wealth) and her truest ideals (not measured by power). Over and over again, in thought, word, and deed, Kit was a philosopher, a moralist, historian, and a citizen who recognized limits. Only in that recognition lies a freedom worthy of the name. Only in that recognition lies a commu­nity worthy of devotion. Only in that recognition lies a culture worthy of free citizens. “Limits and hope,” Kit wrote, “these words sum up the lines of argument I have tried to weave together.” His life was such a weav­ing, an exploration of our follies and our aspirations, our decent achievements and our shameless ambition.

There is an “experience of loss and defeat,” Kit insisted, that “makes up so much of the texture of daily life,” and he cited Orestes Brownson, “Are there no calamities in history? Nothing tragic?”

The Faith of Christopher Hitchens: The Restless Soul of the World's Most Notorious Atheist

Trying to Avoid Temptations When Among the Famous & Successful