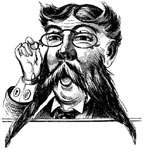 Dad, How Do You Say ‘Video’ in Latin?

LEARN LATIN & LEARN MORE OF EVERYTHING

By Silvano Borruso | May 2006
Silvano Borruso began his teaching career in 1957. A graduate of the University of Catania, Italy, he has been living and teaching in Kenya since 1960.

There is no denying that the classical languages, Latin and Greek, have sustained quite a battering in the past 50-odd years. Pointing fingers at the culprits, producing arguments in their favor, or demolishing those against them, has all been done. My intention is to understand the phenomenon of the (apparent) demise of the classical languages, and to highlight their return with a vengeance, now taking place before our very eyes, thanks mostly to the Internet.

It has been said (and rightly) that method more than content was the real drawback in the teaching of Latin and Greek before they were “squeezed out of the curriculum” (The Daily Telegraph, May 5, 2000), but that is not the whole truth. My contention is that:

– To teach Latin, it is not enough to know it. Talent and the passion for teaching it are equally necessary, regardless of method. That combination has always been a rare one. No wonder that Latin teachers were nicknamed “gerund grinders” in the English-speaking world.

– The contents were (and still are wherever Latin and Greek are taught) boring, with no apologies.

The Art of True Education

He who is nurtured in an educational environment in which the true, the good, and the beautiful are rightly cultivated will, Plato argues, 'become noble and good' and 'salute' reason.