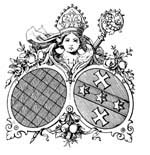 “Diabolic Disorientation” in the Church

BY THEIR FRUITS YOU SHALL KNOW THEM

By Erven Park | October 2006
Erven Park, of Toledo, Washington, is a widowed father of eight children (one a monastic priest). He is the past publisher of the Catholic Truth and Catholic Intersect journals, and provided documentation to and testimony before the official Vatican Commission that investigated and ruled on the ministry of Archbishop Raymond Hunthausen of the Archdiocese of Seattle.

Only the utterly oblivious Catholic would not realize that something is devastatingly amiss in the Church in our present day. Those having a true insight into the depth and magnitude of the current aberrations are left with no reasonable alternative than to recognize that a diabolic presence has been allowed to enter into the Church. It has been publicly testified to by Pope Paul VI as the “smoke of Satan.” Nonetheless, Christ Himself promised: “I will not leave you orphans, I will come to you” (Jn. 14:18). The gravity of our day is illuminated by the fact that Christ has sent no less than His own Mother to provide us guidance.

In the rural Portuguese village of Fatima in 1917, our Holy Mother Mary appeared to three unschooled children (ages 7, 9, and 10) over a period of six months, and related to them monumental events that are still playing out in our day, precisely as they were foretold 89 years ago.

These accurately prophesied events include: The “miracle of the sun” witnessed by over 70,000 persons (including non-believers hoping to dispel the apparitions), whereby the sun itself was dislodged from its setting and performed miraculous maneuvers while emitting astonishing light displays; the end of World War I; the name of the pope who would be reigning at the beginning of World War II; the extraordinary heavenly phenomenon that would be witnessed worldwide foretelling of the beginning of World War II; the ascendance of Russia (a weak and insignificant nation in 1917) to an evil monolithic power that would afflict the world with suffering and death; the arrival of “apostasy” in the Church by her own hierarchy, a work in process in our present day.

Most readers ought to be aware of the messages conveyed by Holy Mary at Fatima — e.g., the need for conversion and repentance, the need for the faithful to fortify themselves against the diabolic via the Holy Rosary, the requirement that the Holy Father consecrate Russia to the Immaculate Heart of Mary, the very dire consequences should these commands be ignored or circumscribed, etc.

The “Third Secret” revealed to the Fatima seers speaks of the apostatizing of the hierarchy of the Church, which would unleash deadly consequences on the unsuspecting faithful. It is this particular phenomenon — the dissolution of the Church hierarchy warned of by Holy Mary — that I want to address here. In speaking of this occurrence, Sr. Lucia (10-year-old seer Lucia dos Santos) of Fatima repeatedly referenced the coming about of an intellectual atmosphere consisting of a “diabolic disorientation” permeating the works and acts of the Church’s leadership.

The prophecy contains Heaven's plan to bring us the Peace of Jesus Christ, and warns of chastisement if the Church disobeys.

The Power of the Virgin