Volume > Issue > The Feast of the Presentation in the Temple 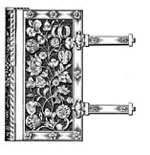 The Feast of the Presentation in the Temple

By Hurd Baruch | November 2016
Hurd Baruch is author of Light on Light: Illuminations of the Gospel of Jesus Christ from the Mystical Visions of the Venerable Anne Catherine Emmerich and, most recently, the novel The Stigmatist.

The Feast of the Immaculate Conception honors Jesus’ miraculous conception without a human father, right? Wrong! The Feast of the Presentation in the Temple honors the presentation of the baby Jesus in the Temple, right? Wrong again! These are both Marian feasts, commemorating events in the life of the Blessed Virgin Mary. Confusion is understandable because Jesus was conceived immaculately by the Holy Spirit of the Virgin Mary (Lk. 1:26-38), and He was presented in the Temple by Mary and Joseph when He was forty days old (Lk. 2:22-38), so when one thinks of an immaculate conception or a presentation in the Temple, one almost automatically thinks of the life of our Lord. But the two feasts mentioned above directly honor not Jesus but His mother (though, as always, by honoring Mary we ultimately honor her Son).

It has always struck me as odd that the Feast of the Immaculate Conception, celebrated on December 8, is treated with special reverence in the Church and is a holy day of obligation, yet the Feast of the Presentation of the Blessed Virgin Mary, celebrated on November 21, draws little notice. Even the Mass readings for this day (Zech. 2:14-17; Mt. 12:46-50), as well as the readings from the Office of Readings, fail to address this seemingly significant event. The reason for this, however, is rather simple: There is absolutely no reference in the Bible to such a presentation. So, if there is no biblical basis for this feast day, how did it come to be celebrated in the Church? It turns out that its roots lie in Tradition, one of the three pillars of the Church (the other two being Scripture and the Magisterium).

My search for the genesis of this feast day led me to the liturgy of the Orthodox churches, in which Mary’s presentation is known as the Entry of the Most Holy Theotokos into the Temple and is one of the Twelve Great Feasts. Its celebration can be traced to at least the seventh century in Constantinople, and the ninth century in the West. But the underlying tradition is much older; mention of Mary’s presentation is found in manuscripts dating back to the first centuries after Jesus’ death. At the time, there were well over a hundred writings circulating in the Roman Empire variously styled as gospels, acts, epistles, and apocalypses — some Christian, some gnostic, some a mixture — all purporting to be true accounts of what Jesus, and those around Him, had said or done. The Church had to sift through these manuscripts to arrive at a canon of what was genuine and suitable for use in the liturgy. She accepted very few, and the excluded ones became known by the term apocrypha (sing. apocryphon).

One of the rejected apocryphal documents is the “Protoevangelium of James” (also known as “The Infancy Gospel of James” or “The Book of James”). Its overall thrust is to glorify Mary as worthy to be called the mother of the Lord. It runs to fifteen printed pages, and begins with the difficulty Mary’s parents, Anne and Joachim, experienced in conceiving a child. Following the miraculous conception of Mary, the story continues through her birth, her presentation in the Temple, her service as a Temple virgin, her espousal to Joseph, the census and birth of Jesus in Bethlehem, the visit of the wise men, and Herod’s order to slay the children. It ends with the murder of Zacharias during the Roman soldiers’ search for his son, John the Baptist.

The Fall of an American Idol, Season 2

As celebrity priests fall from grace before our eyes, we heed Fr. Corapi's advice: "Always love the Lord Jesus and always love the Church, because that's where your salvation lies."

Review of The Search for Society

Now the white man is — or is becoming — the burden.