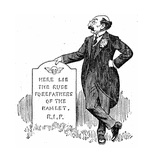 By Casey Chalk | June 2016
Casey Chalk is a graduate student in theology at Christendom College and an editor of the ecumenical website Called to Communion (www.calledtocommunion.com).

We gathered on a cold morning in the post-Christmas malaise of early January to honor my father, SP5 Daniel F. Chalk, a Vietnam War Army medic, at a burial service at Arlington National Cemetery. Shivering in solemn contemplation before the regalia of flags, rifles, and tombs, another distant military graveyard came to mind — that of Saint-Brieuc, France, as depicted in Albert Camus’s The First Man. It is there that the autobiographical protagonist, Jacques, stands before the tomb of his father, who died on the Marne in the First World War. That graveyard scene is stoically bleak, with Jacques ascending for a fleeting moment to some existential intimacy with the man he never knew. Yet for me, unlike Camus, I trod the grounds of Arlington in a spirit more akin to blithe tranquility than the emptiness emanating from broken expectations. What accounted for this difference resided not in some amorphous sentimentalism pace Camus, but in a historical and mystical reality that defines not only my conception of my deceased father but my entire earthly life.

I am speaking of the intimate union between the Incarnation and the Mystical Body of Christ — a truth that offers not only hope for loved ones lost but, through the historical person of Christ, an exemplar to be emulated in our relating to the dead. Jesus, contra Camus’s Jacques, represents a life and death intimately united to His earthly father. From the earliest records of His childhood to His last breath, we see Jesus extending His father Joseph into redemptive history. Moreover, through Christ’s Mystical Body, we go beyond simply modeling the saints who preceded us; we commune with them and encounter a life that inexorably dispels the chaos emanating from our loved one’s departure.

Camus’s The First Man, a self-portrait of the twentieth-century absurdist-existentialist novelist, offers a helpful foil to the Incarnation and its multifaceted effect on death, particularly as the book exemplifies the vacillations between nihilism and sentimentalism that dominate Western culture’s awkward accounting of human loss. A mysteriously captivating book, incomplete and uncovered amid the wreckage of the car crash that killed Camus in 1960, the text is filled with unfinished thoughts. Yet, even in its inchoate form, Camus presents a moving, if haunting, portrait of the search to find meaning through one’s father. Early in the story, as Jacques stands in the Square of French Remembrance forty years after his father’s death, he reflects on his own transient life, portrayed as a slowly hardened statue, now “rapidly cracking…already collapsing,” awaiting “its final crumbling.” In its place remains only Jacques’s “anguished heart, eager to live…still struggling against the wall that separated him from the secret of all life.”

Camus’s desire (and our own), particularly in the wake of losing a loved one, is for an experience that connects us to the eternal, that allows us to extend ourselves and those we cherish beyond the few ephemeral decades of earthly life. Jacques realizes that his own existence is wrapped up in that of his deceased father:

Yet the secret he [Jacques] had eagerly sought to learn through books and people now seemed to him to be intimately linked with the dead man, this younger father, with what he had been and what he had become, and it seemed that he himself had gone far afield in search of what was close to him in time and in blood.

We are intimately united to our parents. In ways often imperceptible to us, we become our fathers, or an extension of them, through their actions, their passions, and their very blood. To quote St. Gregory of Nyssa, “We are, in a sense, our own parents.” Camus realizes that his father holds many of the answers to his quest to find himself: “No doubt it was up to him to ask, to inform himself…. After all, it was not too late; he could still search, he could learn who this man had been who now seemed closer to him than any other being on this earth.” We can understand this yearning: Our fathers represent some of our very first experiences of self-discovery, relational intimacy, and belonging. Fathers unite us to a particular place, time, people, and story. Our father’s world is our own world.

The Christian Philosophy of Samuel Johnson

"No man will be found in whose mind airy notions do not sometimes tyrannize and force him to hope or fear beyond the limits of sober probability."