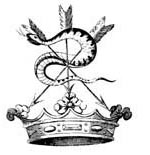 THE VIRTUE THAT SAVED CIVILIZATION

By Mitchell Kalpakgian | June 2015
Mitchell Kalpakgian, a Contributing Editor of the NOR, who has been a visiting professor of literature at Thomas More College of Liberal Arts and at Northeast Catholic College, teaches at Mount Royal Academy in Sunapee, New Hampshire. He is the author of numerous books, including The Marvelous in Fielding's Novels, The Mysteries of Life in Children's Literature, and, most recently, The Virtues We Need Again: 21 Life Lessons from the Great Books of the West. He writes weekly articles for setonmagazine.com and truthandcharityforum.org.

Herodotus’s Histories depicts the short-term and far-reaching consequences of honorable decisions inspired by moral principles and noble ideals. In Herodotus’s view, neither the fickleness of Fortune, the power of Fate, the might of great armies, nor the wealth of kings determines the course of human history. Western civilization did not originate as a matter of chance or as a product of military strength or economic forces but from great moral decisions informed by the virtue of honor. Western civilization began in ancient Greece, and Greece survived the Persian Wars and the invasion of Xerxes’s mighty military forces thanks in large part to the discipline and valor of its famed leaders, Miltiades, Leonidas, and Themistocles. These heroic Greeks defended not only their land and homes but the entire Greek way of life, with its ideals of freedom and democracy, and its love of knowledge, beauty, athletics, and leisure. This preservation of Greek civilization from the threat of the barbarians, with their ambitions of world conquest, rested on the existential decisions of these military leaders in life-or-death situations in the battles of Marathon, Thermopylae, and Salamis. Herodotus shows that the moral choices people make in stressful situations can shape the course of history.

The virtue of honor instills a willingness to suffer, sacrifice, or die for a great cause, noble ideal, or moral principle. It encourages the willingness to take bold risks and attempt heroic deeds to achieve victory. Honor reflects magnanimity, a large-mindedness that rises above petty quarrels, mean grudges, and vainglory for the sake of the common good and future generations. Honor also rises above the temptations of bribery, and never compromises moral principles or bows down before the false gods of money, pleasure, or self-interest. Honor instills courage, the refusal to be intimidated by fear or the apparent power of enemies. The Greek heroes at the battles of Marathon, Thermopylae, and Salamis embody the attributes of honor, and they appeal to their soldiers to do the same as they rally them for battle.

In the Battle of Marathon, the ten Greek generals couldn’t agree about whether to risk battle with the vast host of the Medes, whose intimidating numbers assured them easy victory. The future hung in the balance as five Greek generals advocated combat and another five advised retreat. Miltiades, who urged combat, entreated Callimachus, the War-Archon, to cast the deciding vote lest “the less worthy cause” prevail. Acknowledging the crisis of the moment — “For never since the time that the Athenians became a people were they in so great danger as now” — Miltiades appealed to Callimachus’s sense of honor. “Now, if we do not fight, I look to see a great disturbance at Athens which will shake men’s resolutions,” Miltiades warned, “and then I fear they will submit themselves; but if we fight the battle before any unsoundness show itself among our citizens, let the gods give us but fair play, and we are able to overcome the enemy.” Miltiades’s appeal touched Callimachus’s heart, and the War-Archon cast his vote to fight. The Greeks’ willingness to fight, not their victory, demonstrated their honor.

Even though Callimachus died in battle, the Greeks’ astonishing victory (fewer than two hundred Greek deaths compared to more than six thousand barbarian deaths) roused all of Greece to repel the later invasions of Xerxes. Miltiades and Callimachus took daring chances, placed the future of Athens and Greece above their own self-preservation, and were not terrified by fear or the power of the enemy. Thus did they epitomize the virtue of honor.

Can we define a dramatist in religious terms and, if so, what does it mean…