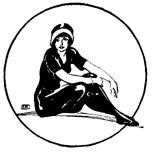 I bumped into a friend from years gone by, and we were doing what friends from long ago do — catching up on what’s been happening in our lives: jobs, homes, families, the usual. Then he asked, “So, you going to have any more kids?” With what I hoped was the proper response, I said, “God willing.” It seems that wasn’t the answer he was looking for, because he followed up with, “I’ve been fixed,” just as nonchalantly as one might say, “The Cubs stink this year.”

So there it was — what has become another free choice in the ultimate land of the free — controlling an individual’s procreative powers with technology. Forget that God may have plans for you; just snip, abort, or contracept at your pleasure. It’s technology run amok.

But as sad as it is that there is so little regard for human life in this area anymore, it seems to me just as sad that society has lost almost all sense that God has a role to play in creating life. And I wonder, is that the cause, or the effect, of a society that has deemed God inconsequential?

The most recent evidence of this human power run amok is the fertility-treatment movement. The mainstream media recently jumped on the bandwagon, as they are wont to do, when a woman in Iowa underwent fertility treatments and came up with seven babies (fetuses, in secular Newspeak) in her womb. With this turn of events, pundits aired the issues they thought were involved — the danger to the mother; the cost of delivering so many babies at once; is it fair to have so many babies at once when chances are greatly increased that health problems may be lifelong for some of the children; and even whether the mother should undergo what fertility specialists call selective reduction (that’s abortion to you and me; that’s murder in the eyes of God).

The Thomas More Law Center, founded by Tom Monaghan, has decided to support the nomination of Judge John Roberts, even though he called Roe v. Wade "the settled law of the land."

During the days when the Romans ruled the known world, the survival of a newborn…

God in the flesh does not look like God, and He very often does not exercise divine power, even in His own defense.