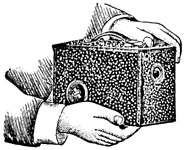 Funerals are often described as somber, beautiful, or inspiring, but I have never heard one described as educational. Yet that is exactly how I would describe a funeral I attended recently. At that moment, of course, I felt only sadness. But later I realized it had taught me something, or rather it had reminded me of something I had known but had almost forgotten.

The funeral was for a medical-school teacher, a colleague of mine who had devoted her life to educating doctors. In recent years she had been confined to a wheelchair by a crippling disease, but this had not dampened her devotion to her students. She was a Catholic, and the church was crowded with colleagues, with current and former students, and with sisters of a religious order she had been close to. The priest-celebrant was the brother of a former student. The service was a celebration of a life well spent, which was summarized by the hymn “Amazing Grace,” a double entendre referring to her name.

Years before, my colleague had adopted a baby girl. It soon became painfully obvious that the child suffered from severe cerebral palsy, which impaired both physical and mental functions. My colleague, as always, played the cards she had been dealt as best she could. As the adoptive mother’s disability worsened, she depended on others to help her care for the child, but never abandoned her maternal role.

At the time of the funeral, the child was full-grown but confined to a wheelchair. Her limbs were grotesquely distorted by spasticity, and she was unable to speak understandably. Repeatedly throughout the service, she uttered moans and cries. It was unclear to me whether she understood what was happening and was grieving the loss of her mother, or was attempting to join in the prayers and songs, or was merely making unintelligible sounds. I was irritated that the beautiful service was being interrupted by these noises.

Prolifers: Thanks for the Votes; We'll See You Again in Four Years

The prophet gives words that echo an understanding of the heart. He understands the tragic situation and speaks of comfort, solace, hope, and then begins to help.