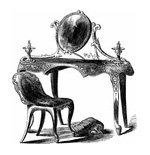 By Matthew Anger | July-August 2010
Matthew Anger lives with his wife and children in Richmond, Virginia. He is the author of Belief and Understanding, a collection of Catholic essays, and editor of The Eyewitness, an anthology of Hilaire Belloc's short stories.

The Strange Case of Dr. Jekyll and Mr. Hyde by Robert Louis Stevenson
The Invisible Man by H.G. Wells
The Picture of Dorian Gray by Oscar Wilde

Nathaniel Hawthorne writes at the beginning of The House of the Seven Gables: “The Author has considered it hardly worth his while…re­­lentlessly to impale the story with its moral, as with an iron rod — or rather, as by sticking a pin through a butterfly — thus at once depriving it of life….” Clumsily didactic prose makes for bad fiction. By that same token, there are highly skilled writers whose lack of ethics results in stories that are contrived or unbelievable because they ignore the workings of human conscience. Such authors treat artistic expression as an end in itself. By contrast, the Christian reader favors authors whose themes reflect an awareness of moral consequences. Even when these writers are far from orthodox they still can utter truths in the form of convincing parables, where there is a convergence of good art and sound principles.

Among the works of great fiction, Victorian novels remain some of the most popular. The period saw the maturation of the prose fiction narrative as a major art form. At the same time, for all the attendant aesthetic experimentation, certain moral restraints were still in place, thus providing a kind of safety net for both author and reader. This is no doubt why the average Victorian tale remains more approachable for Christians than many contemporary novels.

The latter part of the nineteenth century also saw a shift in subject matter. Previously, fiction had been dominated by episodic picaresque tales like Dickens’s early work, The Pickwick Papers — in imitation of the first great modern novel, Don Quixote. There were also intimate domestic tales, from the decorously optimistic romances of Jane Austen to the claustrophobic and fatalistic tragedies of the Brontës. But with the rise of journals and “penny dreadfuls” (pulp magazines) came a demand for short stories and adventure tales. Authors adjusted their subject matter accordingly. The focus shifted to action while intense psychological development or minute delineation of social rituals was less in vogue. Nevertheless, good writers could skillfully weave together elements of physical and spiritual drama.

Emerging from this period were the popular genres of horror and detective stories. It has been suggested by many conservative literary critics that the attractiveness of these themes lay in the fact that such stories preserved a sense of the mysterious in a world increasingly prosaic and agnostic in its outlook. For our purposes, it is interesting to see how three authors — in varying degrees of sympathy with, or hostility toward, traditional Christianity — expressed their artistic conception of the basic struggle between good and evil.

Dante relied heavily on the philosophy of Aquinas to construct his epic. The Divine Comedy has been referred to as the “Summa in verse.”