Volume > Issue > The Voice of Dissent: Alive but Growing Weaker 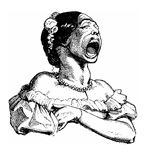 The Voice of Dissent: Alive but Growing Weaker

In an attempt to keep pace with the advocacy journalism of Time magazine, its rival liberal weekly News­week recently published an unflattering piece on the Catholic Church titled “Banned by the Pope” (June 5). It was written by, of all people, Fr. Charles E. Curran, now 80 years old, the controversial leader of the 1968 dissent against Humanae Vitae, Pope Paul VI’s watershed encyclical against artificial contraception.

Fr. Curran recounts the story of his removal from Catholic University of America (CUA) twenty years ago by the Vatican for publicly rejecting many authoritative Catholic moral teachings. Joseph Cardinal Ratzinger, then prefect of the Congregation for the Doctrine of the Faith (CDF) and now Pope Benedict XVI, was charged with executing the decision. In a letter written to Fr. Curran in 1986, Cardinal Ratzinger concluded: “One who dissents from the Magisterium as you do is not suitable nor eligible to teach Catholic theology.” The decision was not made in haste, as Curran’s piece implies. The investigation was formally initiated in 1979 and Curran was not removed from CUA until 1989 — an entire decade later — ample time for him to correct misunderstandings and remedy unwitting errors.

During that period, Ratzinger and his predecessor at the CDF, Franjo Cardinal eper, placed before Curran a host of “errors and ambiguities,” as eper’s original correspondence notes, drawn from Curran’s theological writings. The charges were not of minor importance; they touched at the heart of faith and morals. Not only had he rejected the Church’s judgments on the immorality of abortion, homosexual acts, premarital sex, masturbation, contraceptive acts, and sterilization, he also denied the Church’s basic competency to teach definitively on moral issues, the existence of intrinsically evil acts, the indissolubility of marriage, the all-male priesthood, and the possibility that any single moral choice can be mortally sinful; he rejected the conclusions and foundations of moral reasoning stemming back to apostolic times. From the perspective of Catholic faith and tradition, Curran no longer was teaching in communion with the Church. He was, of course, entitled to hold and publicize any position he desired. But he was not entitled to be retained on a Catholic theology faculty at a pontifical university. To say that he was neither “suitable nor eligible to teach Catholic theology” didn’t mean he was not a skilled theologian; it meant that his beliefs and scholarship were inconsistent with Catholic faith and morals.

In his Newsweek piece, Curran describes benignly the actions that got him into trouble: “I…pointed out areas where I believed Catholicism and modern life were misaligned.” He did more than point out. He also adopted the conclusions of the modern culture against the teachings of the Magisterium. But neither of these got him into trouble. The linchpin was that he publicized his views; and then, in the face of formal correction, remained intransigent. He mobilized public opposition against the hierarchy of the Church, after the fashion of a political protest, in an effort to pressure the Church to change her teachings. But, as he says resignedly in his piece, “We have been unable to persuade the church to make changes.” The fact that he had the support of the liberal media, many members of the Catholic theological community, and even some progressive bishops, made the Vatican’s investigation appear like the futile inquisition of a dying monarchy. And his supporters took every opportunity to make it appear as such. But Cardinal Ratzinger, with Pope John Paul II’s approval, was doing no more than fulfilling his job description: defending the doctrine of the faith.

Look who's back -- and he's pontificating again. Like a moth to a flame, it seems Deal Hudson can't keep himself away from the limelight.

A Lecture on Treating Prelates "Respectfully"

ALL's Judie Brown urges bishops to 'respectfully' deny Communion to those whose presence 'defiles the Mass and the Body of Christ.'