From the NOR Dossiers 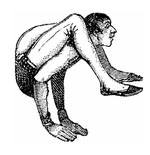 Learning to Live as Dissidents

The first victim of media vilification following the decision was Justice Antonin Scalia, who made clear that he thought the Court had overstepped its bounds and that the majority opinion "poses a threat to American democracy."

Nobody really expects anything other than carefully-penned statements from the USCCB. But what's preventing our bishops from performing a great exorcism of the U.S., as has happened in Mexico? 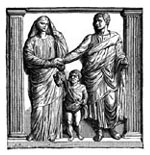 The Catholic Church After Obergefell

THE CASE FOR ORTHODOXY

The High Cost of Free Speech

Many high-profile tech leaders have been strong and generous backers of the effort to legalize same-sex marriage. Former Mozilla CEO Brendan Eich was run out of town for having donated a meager $1,000 to the opposition. Corporate culture still encourages a groupthink mentality. 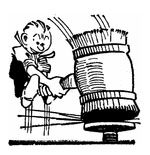 MAKING PUBLIC WHAT IS PRIVATE

France is seeing its largest, most prolonged public demonstrations of the past several decades; millions are protesting same-sex marriage and adoption.

The Identity of the Family Is in Jeopardy

In 2010 then-Cardinal Bergoglio sent a letter to the Carmelite nuns of the Archdiocese of Buenos Aires asking them to pray that God spare their nation from the harm of same-sex marriage.

There Goes the Village

Not long after the same-sex marriage battles have begun we are beginning to hear promotion of polygamy, three-parent laws, and even talk of legal incest. 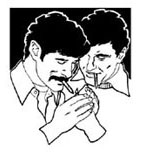 "Gay Marriage" Is Not Marriage. Here's Why.

AN INVITATION TO INSANITY

Michael O'Brien is an accomplished Catholic novelist. His strength is fiction.

A Rosy Future for Same-Sex "Marriage"?

To be like ancient Rome, the U.S. in the 21st century has only to elect as its president a bachelor with same-sex partners and then to await plagues, invasions, and epidemics to hasten its decline and fall.

American culture is so degenerate that it hardly makes any difference anymore.