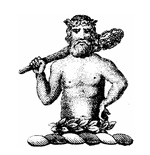 Salvation at the Seashore

An Australian Catholic priest who helped rescue a surfer being attacked by a great white shark said the grace of God gave him courage to act in the moment (The Catholic Leader, Aug. 10). Fr. Liam Ryan, 33, a recently ordained priest in the Archdiocese of Perth, was surfing at Bunker Bay Beach in western Australia when a shark sank its jaws into 28-year-old Phil Mummert’s upper leg and bit a chunk out of his surfboard. “I saw him off his board, looking really lost, and there was half a board floating there. The shark rolled onto him and then went back under. I started screaming, ‘help him, help him,’” recalled Fr. Ryan, who didn’t hesitate to paddle straight toward danger. Another surfer pulled Mummert onto his board, and, with Fr. Ryan, paddled him to shore, where he was airlifted to a hospital. Fr. Ryan returned the next day to offer “a morning prayer and a Eucharist.” The “second reading said, ‘Nothing can separate us from the love of Christ.’ How true that is,” he said. “Christianity is built on that principle of someone giving their life for you.”

Female priests in the Lutheran Church of Sweden now outnumber their male counterparts, 60 years after they were first allowed to don the clerical collar (Agence France-Presse, July 22). Of the 3,060 priests currently serving in Sweden, 1,533 (50.1 percent) are female. “From a historical perspective, this parity happened faster than we earlier imagined,” said Cristina Grenholm, secretary for the Church of Sweden. “A report from 1990 estimated that women would be half of the total clergy in 2090. And it took thirty years.” Sweden’s national church approved female priests in 1958 and ordained the first three in 1960. By 2013 women accounted for 70 percent of those training for ordination. “Many parishes during the Sunday service try to have both a man and a woman at the altar,” Grenholm said. “Since we believe that God created human beings, both men and women, in God’s image, it is essential that we do not only speak about it, but that it is also shown.”

A vicar in the Anglican Church of England has been using extra-long chopsticks to distribute communion bread as a coronavirus safety protocol (Sky News, Aug. 10). Rev. Eileen Harrop was inspired by her Chinese heritage to take an unusual approach to maintaining social distance after churches reopened for public worship. The Church of England advises that communicants should be offered only bread, not wine, as there should be no “common cup” during the pandemic. “Many of my parishioners were quite anxious at the thought of taking communion,” said Harrop, vicar of St. Mary’s church in Gainford and St. Andrew’s in Winston, both in County Durham. “I thought, ‘Why can’t I use a long pair of chopsticks, real bread rather than wafers, and drop it into the communicants’ hands?’”