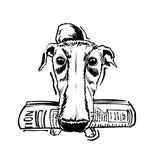 Emily Mabou, 29, of Ghana has married her 18-month-old dog in a ceremony attended by a native priest and curious local villagers, reports Ananova News Agency (July 7). Mabou explained, “For so long, I’ve been praying for a life partner who will have all the qualities of my dad. My dad was kind, faithful, and loyal to my mum, and he never let her down. I’ve been in relationships with so many men here in Togo, and they are all the same — skirt-chasers and cheaters. My dog is kind, and loyal to me and he treats me with so much respect.” In the ceremony, the priest warned villagers not to mock the wedding, but to “rejoice with her as she has found happiness at last.” Asked how she intends to raise children with her new husband, Mabou responded, “We will adopt.”

A publicly funded exhibit at the Gallery of Modern Art in Glasgow, Scotland, is encouraging people to deface the Bible in the name of art — and visitors have responded with abuse and obscenity. The show includes a video of a woman ripping pages from the Bible and stuffing them into her bra, knickers, and mouth. A container of pens sits by the open Bible, along with a notice saying, “If you feel you have been excluded from the Bible, please write your way back into it.” To the horror of many Christians, visitors have daubed its pages with comments such as, “I am Bi, Female & Proud. I want no god who is disappointed in this.” The main sentiment, however, is rage at Christianity. “F- – – the Bible,” one message says. The exhibition was created by artists Anthony Schrag and David Malone, in association with organizations representing homosexual Christians and Muslims. Schrag, the gallery’s artist in residence, told London’s Times (July 23) that he does not believe in God, but that his research for the $10,000 show had underlined his respect for people of faith.

Pagan police officers in Britain have been given the right to take eight days off each year to celebrate “religious holidays” such as Halloween and the summer solstice. The move follows the introduction of a pagan oath for use in courts, and the establishment of a Pagan Police Association to represent officers who worship nature and practice polytheism. Andy Pardy, an officer in Hertfordshire, explained to The Telegraph (July 16) that he’s a “heathen,” which means he worships Norse gods, including the hammer-wielding Thor, the one-eyed Odin, and Freyr, the god of fertility. “A lot of people think [paganism] is about dancing naked around a fire,” he explained, “but the rituals are not like that. [They] have the same power as prayer does for Christians.”

A New Zealand man says he spent a “wretched” night in a Fiji prison cell after frightened residents and police raided his Freemasons’ meeting, suspecting witchcraft and sorcery. The unnamed man blamed “dopey village people” for the raid, in which 14 members of the Freemasons Lodge of Lautoka were herded into police cars and jailed for the night. Police also seized lodge paraphernalia, including wands, compasses, and a skull. A police spokesman said the men were arrested because police had been tipped off that a meeting was being held and there were “some strange goings-on.” The unnamed Freemason did not explain what they were doing with the skull and wands (New Zealand Herald, July 15).