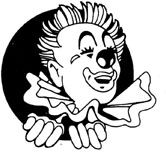 The 1,400-year-old Rochester Cathedral in Kent, England, featured a nine-hole miniature-golf course in its nave for a month this summer (Sky News, July 30). The medieval Anglican church hosted the setup in a bid to attract a younger crowd and encourage visitors to learn about the engineering of nearby Rochester Bridge and other structures, such as the Queen Elizabeth II Bridge at the Dartford Crossing. As an extra lure, daytime putt-putt sessions were free. Rev. Rachel Phillips, a priestess at the cathedral, explained the reasoning behind the effort: “The course forms the centerpiece of a Building Bridges theme running through the summer. As well as the physical bridge which has stood over the River Medway since Roman times, the invisible but equally historic links between the cathedral and the surrounding community are also bridges of a kind. We hope that, while playing adventure golf, visitors will reflect on the bridges that need to be built in their own lives and in our world today.”

Norwich’s Anglican cathedral installed a helter-skelter in its nave for 11 days to try to bring people to church (Catholic Herald, Aug. 21). The Rt. Rev. Jonathan Meyrick, Anglican bishop of Lynn, delivered a sermon midway down the amusement-park slide during the final liturgy held with the ride present. “God is a tourist attraction,” he said, claiming that God would be “reveling” in the joy it brought visitors. Over 20,000 people did visit the nearly 1,000-year-old cathedral, and an estimated 10,000 rode down the 50-foot slide. The Rt. Rev. Gavin Ashenden, former chaplain to the queen, called the installation a “mistake.” For a cathedral, which is “steeped in mystery and marvel, to buy in to sensory pleasure and distraction is to poison the very medicine it offers the human soul,” he said. Meyrick defended the retro carnival ride, saying God wants to be “attractive” and wants us to “enjoy ourselves, each other and the world around us and this glorious helter-skelter is about just that.”

Fairest of Them All

The Diocesan Museum in Bamberg, Germany, now displays the long-lost gravestone of Maria Sophia von Erthal, who is thought to be the inspiration behind the Brothers Grimm’s “Snow White” fairy tale (Sky News, Aug. 8). Just like the story, von Erthal’s mother died when she was young, and her father then married a woman who ostracized Maria in favor of her own children. Von Erthal’s father owned a mirror factory in her hometown’s thriving glass-making industry, perhaps the inspiration for the “mirror on the wall” and Snow White’s glass coffin. Von Erthal later moved to Bamberg, which was known for its hills and for children and adults with dwarfism working in mines. The “real” Snow White never married and eventually went blind and died at age 71. Cathedral canon Norbert Jung said that for a woman to get her own gravestone at the time of von Erthal’s death was “something special.” The church where she was first buried was demolished in 1804, and her gravestone was moved to a hospital founded by her brother.