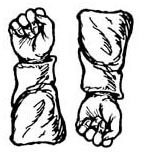 The Vatican has had to withdraw more than 6,000 papal medals after it was discovered that Jesus had been misspelled (Telegraph, Oct. 10). The medals, which had been specially made by the Italian State Mint to commemorate the beginning of the Bergoglio papacy, depicted Pope Francis and a phrase in Latin that profoundly affected him as a teenager in the 1950s, inspiring him to become a priest. The phrase should have read, Vidit ergo Jesus publicanum et quia miserando atque eligendo vidit, ait illi, Sequere me, but Jesus was rendered as Lesus. The medals — 200 in gold, 3,000 in silver, and 3,000 in bronze — were hastily recalled after being put on sale at the Vatican Publishing House in St. Peter’s Square. But four were sold before they were withdrawn, and experts predict that their value will skyrocket because of their rarity.

The Vatican officially challenged the Church of England to a cricket match during the launch of the St. Peter’s Cricket Club (Reuters, Oct. 22). “We hope to have ecumenical dialogue through cricket and play a Church of England side by September,” said Fr. Theodore Mascarenhas, an Indian official at the Vatican’s Council for Culture, who once played as an off-spin bowler. The idea for a Catholic cricket club was the brainchild of John McCarthy, Australia’s ambassador to the Vatican. He enlisted the support of various diplomats and prelates from what he called “other cricket countries” — including Britain, South Africa, and Pakistan — and found “anonymous sponsors from the cricketing world.”

A new musical that depicts the story of Jesus Christ using only Britney Spears songs is in the works (DigitalSpy.com, Oct. 31). SPEARS the Musical: The Gospel According to Britney will use several of the pop singer’s hits, including “(You Drive Me) Crazy,” “…Baby One More Time,” and “Stronger,” to describe the birth, life, death, and resurrection of Jesus. No lyrics have been changed and no words are spoken, technically making the show an opera. “These are Britney’s lyrics. These are Jesus Christ’s images,” creator Pat Blute explained. “The Britney Spears you see is not Britney Spears. Remember that. The Jesus Christ you read is not Jesus Christ. These are manifestations…. It’s a falsehood that…all ‘deaths’ receive a resurrection. I hope this project will show you otherwise through the power of listening and the power of forgiveness.” Funding website kickstarter.com lauded it as “the greatest story ever told, to the greatest music ever written.”

A Cincinnati cemetery told the family of an Ohio soldier whose gravesite bears a pair of SpongeBob SquarePants statues that the monuments were “inappropriate” and would be removed (UPI, Oct. 21). Deborah Walker, mother of Army Sgt. Kimberly Walker, said the family installed a pair of six-foot tall, 7,000-pound SpongeBob monuments at the family’s six-grave plot at Spring Grove Cemetery as a tribute to the slain solider who loved the cartoon character.