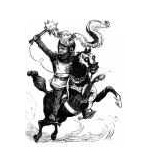 Louis Tussaud’s Waxworks in San Antonio moved its figure of Donald Trump to a storage room after visitors kept punching and scratching it. Not even moving the Trump statue to the lobby, where ticket attendants could keep an eye on it, stopped visitors from taking shots at it and deeply damaging Trump’s face. “When it’s a highly political figure, attacks can be a problem,” said Clay Stewart, regional manager for Ripley Entertainment, which owns the wax museum. “We’ve always had trouble with the presidential section because no matter what president it was — Bush, Obama, or Trump — they’ve all had people beat them. The ears were torn off Obama six times. And then Bush’s nose was punched in. People are just aggressive about their political party.” The wax Obama was shipped to Orlando repeatedly for repairs. But Trump has been stuck in San Antonio because COVID-19 restrictions have caused a shortage of artists at the corporate office. For Obama, at least, the abuse has stopped. “He has not been beaten as much since he left office,” Stewart said (San Antonio Express-News, March 17).

A Pensacola teenager and her mother, an elementary-school assistant principal, were arrested for allegedly hacking hundreds of student accounts to fraudulently vote for the teen as homecoming queen (Fox News, March 15). Laura Rose Carroll, 50, and her 17-year-old daughter have both been charged with offenses against computers, unlawful use of a two-way communications device, criminal use of personally identifiable information, and conspiracy to commit these offenses. The Florida Department of Law Enforcement launched an investigation when the Escambia County School District reported that hundreds of student accounts had been illegally accessed after it had flagged hundreds of votes for Tate High School’s Homecoming Court as fraudulent. Investigators linked the unauthorized access to Carroll’s smartphone and to computers associated with her home address. Carroll was booked into Escambia County Jail with a bond of $8,500, and her daughter was sent to the Escambia Regional Juvenile Detention Center.

A Baptist pastor from Missouri is in professional counseling after being accused of delivering a sexist sermon. A viral video shows Pastor Stewart-Allen Clark preaching on the importance of wives pleasing their husbands and “not letting themselves go” (Fox 2 Now, March 7). “Now look, I’m not saying that every woman can be the epic trophy wife of all time like Melania Trump,” he said. “Most women can’t be trophy wives, but maybe a participation trophy. All I can say is not everybody looks like that, Amen? But you don’t need to look like a butch either!” Clark “thanked God” for makeup and suggested women seek advice from their husbands about what looks good. “It’s important that he thinks you’re hot! It’s important because he’s going to look, and you want him looking at you.” Clark ended the sermon by saying, “Scientists have discovered, by the way, a food that diminishes the woman’s sex drive. It’s called the ‘wedding cake.’” Clark has since taken a leave of absence. The General Baptist Council of Associations condemned Clark’s message, saying, “Every woman was created in the image of God, and they should be valued for that reason.”

Nightmare at 20,000 Feet... Harder Than It Looks... Fun with Crystal Meth... Calling All Purple Penguins... Wasting Time at College... Loving the Christmas Creep... Bride for a Day, Groom Not Included... Three-Minute Mourning... more