Volume > Issue > The News You May Have Missed: January-February 2021 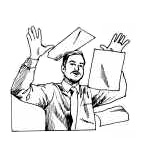 The News You May Have Missed: January-February 2021

Defund for Thee, but Not for Me

A Portland politician who’s pushed to defund the police, claiming the force is inundated with unnecessary calls, dialed 911 herself — over an argument with a Lyft driver (New York Post, Nov. 11). City Commissioner Jo Ann Hardesty, who oversees Portland’s emergency dispatch system, insisted on an $18 million budget cut — four days after she called 911 on a ride-share driver who was following coronavirus safety guidelines by keeping a window open. The driver said Hardesty went “ballistic” over the window and was “very disrespectful,” so he canceled the ride. Hardesty demanded the dispatcher send officers — even though the driver had committed no crime. When two officers arrived, Hardesty got out of the Lyft — and into another ride-share car. When she complained to Lyft, the company responded that “drivers are free to end a ride for any reason” and “future reports of this nature may lead to additional action being taken on your account.”

Lawmakers in Taiwan got into a melee over a policy that would allow imports of U.S. pork and beef (Fox News, Nov. 28). Premier Su Tseng-chang was set to give a speech when members of the opposition Nationalist Party (a.k.a. KMT) blocked him by dumping bags of pig guts on the floor. Members of the ruling Democratic Progressive Party (DPP) attempted to stop them, and chaos ensued, with lawmakers wrestling one another and exchanging punches. In August President Tsai Ing-wen lifted a longstanding ban on imports of U.S. pork and beef, a move that has met with fierce opposition from the KMT and Taiwanese citizens. U.S. pork would account for only a small percentage of the island’s consumption.

A winner has been declared in the 19th annual “America’s Best Restroom” contest (Fox News, Nov. 20). Cintas Corporation named the public restroom in Bancroft Park in Colorado Springs the nation’s best. The city spent $301,000 on the high-tech restroom, which features touchless, automatic toilet paper, soap, and water dispensers and hand dryers. The restroom self-cleans after every 30 uses, an app alerts park maintenance when supplies are running low, and a timer triggers an alarm every seven minutes to prevent vandalism. Bancroft Park beat out nine other finalists, including AirTrain JFK (Jamaica Station) in New York; Gaslight Bar and Grill in Cincinnati; Portland Japanese Garden; Scottsdale Center for the Performing Arts; and Swift’s Attic in Austin. “We’re very proud to win this award,” said Karen Palus, director of Colorado Springs parks, recreation, and cultural services. “The amount of recognition we’ve received is a testament to the value people place in hygienic and memorable public restrooms.”