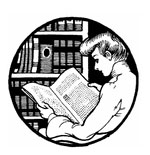 Pastor Renee Brewster and her husband, Bishop Winston Brewster, are a very spiritual couple. But Pastor Renee had been looking for an excuse to avoid making potato salad. “I was hesitant about making the potato salad because Sister Frankie makes the potato salad in church,” she told WOFL-TV News in Orlando, Fla. (Jan. 21), “and I said lord if it’s not for me to make potato salad then send me a sign.” She thought she got her sign right off the bat: “The first potato I split in half and put it to the side because it looked rotten.” Taking a closer look at the split potato she saw the cross with Jesus in the middle. “It’s remarkable. Even when I cut the good part off, the cross ended up being shaped like a tomb from long ago.” Pastor Renee froze the heart of the Jesus potato; the rest was used to make the potato salad served during their weekly rescue mission. How good was the potato salad? “It was the best [Pastor Renee] ever made…it was almost as good as Sister Frankie’s,” said Bishop Winston. The lesson of Jesus in a potato? “God is still as real today as he was back then,” said Pastor Renee, “and he can show up any time he gets ready.”

Dani Graves, 25, and his fiancée, Tasha Maltby, 19, of Dewsbury, England, claim they have been discriminated against by the bus firm Arriva Yorkshire. Graves was leading his girlfriend around by a dog leash when the couple was stopped from boarding a bus amid fears for passenger safety. The black-clad Goths said they were told to leave another bus and were prevented from boarding a third. Graves explained to BBC News (Jan. 23) that it was Maltby’s idea to wear the dog collar and be led around town on a leash. “She’s very animal like,” he said. “She’s kind of like a pet, as well as a partner.” He added that he “does everything” for his girlfriend, including laying out clothes for her, feeding her, and cleaning their house: “You wouldn’t expect your cat or dog to do the washing up or cleaning round the house.”

A British woman in Vienna has lost a battle to win human status for a TV-loving chimpanzee. Hiasl the chimp was left money to safeguard his future by a well-wisher after an animal home where he was housed went bankrupt. His British “caregiver,” Paula Stibbe, then launched legal action to become his guardian to make sure the money was managed properly. She claimed the chimp should have the same rights as a human child because he loves watching TV and playing games and is very affectionate: “He plays and has fun and can be sad as well when he does not get what he wants.” In denying Stibbe’s petition, the Austrian Supreme Court declared that a chimpanzee can never be a human in the eyes of the law (Ananova, Jan. 13).

Two Star Wars-loving brothers are planning to set up a Jedi church in Wales. Barney and Daniel Jones want fellow devotees to be able to join them in Anglesey, reports the BBC. Barney, known as Master Jonba Hehol, and Daniel, Master Morda Hehol, head the U.K. “Church of the Jedi.” They say their sacred services will include sermons on “The Force,” light-sabre training, and meditation techniques. Barney, who is gainfully employed as a hairdresser, explained, “My brother and I will wear the Jedi robes, the dark brown robes…the congregation would be in black. Really to bring a sense of unity to the meetings.” Although the current members are all men, women are not excluded because, as Barney points out, “Princess Leia helped them out a lot.” However, any congregation member drawn to the “Dark Side of the Force” would be advised that he is following the wrong path and could face expulsion.

The News You May Have Missed: November 2021

Pledging Allegiance... No Horsing Around... The Heights of Relaxation... Meat in a Minute... A King’s Ransom... Too Cute for the Can... and more