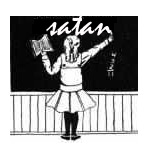 The Sacramento, California, public school district is facing a trial in federal court over allegations that two of its Waldorf-inspired schools are religious, meaning that they would be ineligible to receive taxpayer dollars. People for Legal and Nonsectarian Schools (PLANS), the group that filed the lawsuit, explained that the Waldorf educational philosophy is akin to “new-age religion” and its schools are “cult-like religious sects.” In an interview with OneNewsNow.com (Aug. 18), Dr. Bruce Shortt, author of The Harsh Truth About Public Schools, explained that the Waldorf system is based on a philosophy called “anthroposophy” from the writings of 19th-century Austrian philosopher Rudolf Steiner: “In those writings he basically posits that the universe is driven by conflict between Lucifer and the god of darkness called Ahriman.” According to The Waldorf Teachers Survival Guide, “Most of what contributes to our work as teachers — preparation work, artistic work, even meditative work — is under the guardianship of Lucifer. We can become great teachers under his supervision….”

Baby-boomer evangelical leaders are seeking new ways of plugging the leaks through which young non-denominational Christians have been flowing out of their megachurches, never to return. According to The Wall Street Journal (Aug. 13), the latest “plan” has taken the form of “a total image overhaul, where efforts are made to rebrand Christianity as hip, countercultural, relevant” — for example, by using sex-themed marketing gimmicks. Oak Leaf Church in Georgia created a website called yourgreatsexlife.com to pique the interest of young seekers. Flamingo Road Church in Florida created a web series called mynakedpastor.com. Then there is Mark Driscoll at Seattle’s Mars Hill Church, who posts Q&A videos online, taken during church services in which he answers questions on topics such as “Biblical Oral Sex” and “Pleasuring Your Spouse.”

Members of the pro-abortion group EMILY’s List have been dressing up as grizzly bears as part of their “Sarah Doesn’t Speak for Me” campaign. The purpose: To counter former Alaska Gov. Sarah Palin’s influence and to oppose her favored candidates in the upcoming November elections. One ad used in the campaign shows several actresses wearing bear noses and furry hoods with bear ears. Trying to affect a playful demeanor, they responded to Palin’s statement that “mamma grizzlies” attack when their cubs are threatened. “Want to know what threatens me? My daughter not having the right to choose,” one bear woman says in the ad. Another grizzly woman says they want to “protect our right to hibernate with whoever [sic] we choose” (EWTN News, Aug. 18).

A bookmaker is taking bets on the amount for which a Hungarian teenager will sell her virginity in a controversial TV auction. The 18-year-old girl, known only as Miss Spring, first launched her auction on eBay in an attempt to eradicate her family’s debt. But when the online auction site pulled the plug, a top Hungarian television station stepped in and agreed to broadcast the auction live. The bookie is also offering odds on the nationality of the auction winner, with a British man installed as the 5-4 favorite, followed by an Irishman at 3-1, and a German at 6-1. Miss Spring, who lives with her mother, came up with the auction as a way to prevent the family from being evicted from their home. “I don’t think there is anything wrong with it. It’s just for one night,” she said. “And I think it’s actually quite romantic because the man who pays me this money will be helping to save my family from being homeless. He will be our savior” (Orange News, Aug. 17).