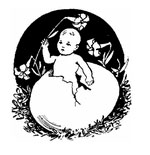 Doctors in India have been accused of performing sex-change operations on young girls whose parents prefer sons in order to improve the family’s economic prospects. According to The Sydney Morning Herald (June 29), one state government is investigating claims that in one city alone up to three hundred girls were surgically turned into boys, to the tune of $3,000 per child. The president of the Indian Academy of Pediatrics in Indore broke the bad news to parents: The procedure would leave their child infertile in adulthood. A leading campaigner against female feticide observed, “People don’t want to share their property or invest in girls’ education[s] or pay dowries. It’s the greedy middle classes running after money. It is just so shocking.”

At the newly opened Egalia preschool in Stockholm, Sweden, every detail, from the color and placement of toys to the choice of books, has been carefully planned to make sure the children don’t fall into “gender stereotypes.” Breaking down gender roles is a core mission in the national curriculum for preschools, underpinned by the theory that society gives boys an unfair edge. To even things out, the staff at Egalia have shed masculine and feminine references from their speech, including the pronouns him and her — han and hon in Swedish. Instead, they’ve adopted the gender­less hen, a word that doesn’t exist in Swedish but is used in some feminist and gay circles. “We use the word ‘hen’ for example when a doctor, police, electrician or plumber or such is coming to the kindergarten,” Director Lotta Rajalin says. “We don’t know if it’s a he or a she so we just say, ‘Hen is coming around 2 PM.’ Then the children can imagine both a man or a woman. This widens their view.” Although some parents worry that Egalia has taken its mandate too far, there’s a long waiting list for admission to the preschool (Associated Press, June 27).

Former Miami priest Alberto Cutié, nicknamed “Father Oprah” for his successful Spanish-language talk shows, now has a daytime TV talk show in English. His well-known personal peccadillo — Cutié left the Catholic Church in 2009 after he was spotted on a Miami beach kissing a woman whom he later married — gives the now-Episcopal priest extra know-how, says he, in helping others with their personal dilemmas. When asked about fans’ perceptions of his leaving the Church, he responded, “My situation, I think, falls way short of what we can really call scandalous in the sense that you’re talking about a single man and a single adult woman. You know, there was no crime, there was no covering up, there…wasn’t a payout by the Church for thousands of dollars (chuckles) as in other cases, unfortunately, we see” (St. Petersburg Times, July 11). Cutié favorably contrasts himself with other popular religious TV figures who “live like millionaires and they have the expensive suits and the fancy cars…. I still drive my Honda Civic.”

Christian telecom tycoon Naguib Sawiris, one of Egypt’s richest men, posted on the Internet what he thought was an amusing cartoon of Mickey and Minnie Mouse. In the cartoon, Mickey is sporting a bushy black beard and wearing a short Muslim jalabiya. All that can be seen of Minnie are her eyes and her ears because she’s hidden by a full-face veil, topped by her customary pink bow. According to Canada’s National Post (June 29), Muslim lawyers in Egypt are trying to sue Sawiris for mocking Islam. But national politics seems to be the real reason for the lawsuit. Since the fall of President Hosni Mubarak, Sawiris has become a major force behind a secular party calling for the separation of religion and the state. Sawiris has apologized for his mousing around, but what with all the agitation and threats, nobody seems to be paying attention to him anymore.