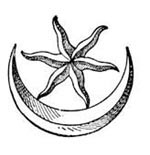 A Salafi group known for its literalist approach to Islam has warned Muslims against eating tomatoes because they are a “Christian food” (Catholic Herald, Aug. 29). The group explains that a shape resembling a cross is revealed when one cuts a certain kind of tomato in half. Their warning, posted on Facebook, includes a photo of a halved tomato with a lovely cross-shaped interior. The accompanying message reads, “Eating tomatoes is forbidden because they are Christian. [The tomato] praises the cross instead of Allah….” A good-humored Turk left a comment asking whether Christians should not eat the croissant “as it resembles Islam ahhahahahahahha.” Which quip proves that faux maniacal laughter is a cross-cultural phenomenon, and that ignorance of the origin of the croissant — of Christian roots and possibly invented in celebration of the Ottomans’ defeat after the Siege of Vienna — abounds.

The Providence Journal (Sept. 17) reports shock and disbelief on the part of some parents over the Cran­ston, Rhode Island, school board’s announcement that it is banning traditional “father-daughter” and “mother-son” activities, saying they violate state law. Superintendent Judith Lundsten said the move was triggered by a letter from the ACLU on behalf of a single mom who complained that her daughter was not able to attend her school’s father-daughter dance. Lundsten said attorneys for the school found that while federal Title IX legislation banning gender discrimination exempts “father-son” and “mother-daughter” events, Rhode Island law doesn’t. Mayor Allan Fung declared that he was “utterly disappointed to have such a time-honored tradition under attack in the name of political correctness,” and said he was “flooded with calls from angry parents.” He urged parents to contact the school board directly.

A group of 30 animal-rights activists disrupted Mass at the Church of the Miraculous Virgin in Lima, Peru, lobbing insults against Fr. Alejandro Berrade, and accusing him of “murdering” a cat. They claimed the priest refused to allow the rescue of a cat that was supposedly trapped on the roof. Fr. Berrade was forced to suspend Mass and leave the sanctuary until the police arrived to usher the group outside. They continued their protest in front of the parish rectory into the early morning hours, continuously shouting and banging on the rectory door. Fr. Berrade dismissed their accusations. “Never in my life have I killed a cat,” he said. “If they said falsehoods against Christ, we also should expect that they slander His disciples.” The parish sacristan told Catholic News Agency (Aug. 29) that he climbed up to the roof of the church and saw no sign of the cat.

A romantic prankster almost suffocated when he mailed himself to his girlfriend in a sealed box — and got lost in the mail, reports Orange News (Aug. 29). Hu Seng, from Chongqing city, southern China, paid a courier firm to deliver him to Li Wang as a joke. But the couriers mixed up the address and, instead of spending 30 minutes in the sealed box, Seng was trapped for nearly three hours. By the time the package finally arrived at his girlfriend’s office, where a friend was waiting to record her surprise on camera, Seng had passed out and had to be revived by paramedics. “I tried to make a hole in the cardboard but it was too thick,” said Seng, “and I didn’t want to spoil the surprise by shouting.” A spokesman for the courier commented, “If he’d told us what he was doing at the start we would not have taken the parcel. Even when we accept animals they have to go in special containers so they can breathe.”

The Mosque Underwear Riot... Naked, and Ye Caused an Accident... Roadway Radiation Repair... My Two Wives... June Is So Gay... Ending Gender-Bending... Return Then, Most Gracious Advocate - Redux... Scum of the Eart, the Church... Conversions of Convenience

A More Imperfect Bible?... From Stockboy to Stockholder... Weiner Ban... Fly Me to the Moon... Practice Makes Perfect?... The New Underground Music Scene... Super Santa... The Slapper... Your 2012 Word of the Year