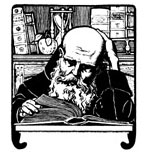 November saw the launch of a new “gay-friendly” Bible, complete with a rainbow cross on the cover. The editors of the Queen James Bible took the eight verses typically used to argue that homosexual relations are sinful and edited them “in a way that makes homophobic interpretations impossible,” reports LifeSiteNews.com (Dec. 13). For example, in the first letter to Timothy, where St. Paul refers to “them that defile themselves with mankind,” the Queen James version excises the part about “mankind.” Other than those eight verses, the book uses the King James translation verbatim. Although the disfavored passages have been altered, the editors stress that “the Bible is still filled with inequality and even contradiction that we have not addressed. No Bible is perfect, including this one.”

A Minnesota grocer has given his 400 employees a big gift: ownership of his stores (msnbc.com, Nov. 27). Instead of accepting offers from national chains to purchase his stores, Joe Lueken, 70, will transfer ownership of Lueken’s Village Foods in Minnesota and North Dakota to his workers as part of an employee stock-ownership plan. The number of shares each employee receives will be based on length of service and salary, and come at no cost to them. “My employees are largely responsible for any success I’ve had, and they deserve to get some of the benefits of that,” Lueken said. “You can’t always take. You also have to give back.” After 46 years in the business, he says he is retiring to travel the world with his wife. An employee who worked his way up from janitor to top management will take over as the company’s president and CEO.

San Francisco city leaders approved a ban on public nudity, prompting a half-dozen angry protesters to strip down to their socks at a “nude-in” in front of city hall (Reuters, Dec. 4). Standing at the ready with blankets, sheriff’s deputies quickly covered up the demonstrators and led them away. Protesters, one in rainbow knee socks and another in black nylons, chanted “body freedom” and “shame on you” as they were escorted away. Residents and business owners say nudists, specifically a group known as the Naked Guys, have gone too far with their constant presence in the city’s Castro district. Supervisor Scott Wiener, the district’s representative, drafted the ban, which opponents have dubbed the “Wiener bill.” The ban contains exemptions for special events like the Pride Parade, but four nudists have filed suit (pun intended) anyway. Last year San Francisco required nudists to cover the surfaces they sit on in public places and to wear clothes in restaurants, which spurred another rash of defiant exhibitionism.

A team of former NASA executives is launching a private venture selling trips to the moon at an astronomical price. For $1.5 billion, they’re offering countries a two-person trip, either for research or national prestige (Associated Press, Dec. 6). South Africa, South Korea, and Japan have shown interest in going, said Alan Stern, president of the new Golden Spike Company. “It’s not about being first. It’s about joining the club,” he said. “We’re kind of cleaning up what NASA did in the 1960s. We’re going to make a commodity of it in the 2020s.” Stern is aiming for a first launch before the end of the decade, with perhaps 15 or 20 launches total. The company employs a number of space veterans, and advisors include space-shuttle crewmen, Hollywood directors, and former House Speaker Newt Gingrich, among others. They plan to buy existing rockets and capsules but will develop new spacesuits and a lunar lander.