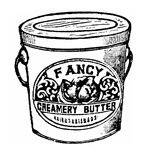 While delivering a homily from the window of his apartment at the Vatican’s Apostolic Palace about bringing peace to Ukraine, Pope Francis made a profane slip of the tongue when he stumbled over the word caso, meaning a case or example, and instead said cazzo, the Italian version of the English f-word (United Press International, Mar. 3). “A heart full of longing for possession is a heart empty of God. For this, Jesus many times chastised the rich because the risk for them to seek security in the wealth of this world is high,” Pope Francis said. “In this [expletive], in this case the providence of God is made visible as a gesture of solidarity.” Despite his quick correction, video of Francis’s accidental profanity quickly went viral on YouTube. Commentators have noted that the mix-up is a common mistake among native Spanish speakers who take on Italian.

Plans to beach a giant inflatable whale beside the River Thames in London for a re-enactment of the story of Jonah have been rejected because it has been deemed too “religious.” Organizers had hoped to place the 50-foot sperm whale in a park opposite Tower Bridge during the summer holidays. The life-size creature, which children can explore inside, was part of an ambitious proposal by the Bible Society to help reintroduce a new generation of children to once-familiar stories. These plans, however, were crushed when the chief executive of the Potters Fields Park Management Trust, which runs the site, turned down the request, explaining, “I am afraid that under the terms of our lease we are not allowed to have any events of a religious nature.” James Catford, chief executive of the Bible Society, said, “We’re not here to tell children what to believe. We simply want to give them a really fun experience they will always remember…. We thought that giving children the chance to sit in a large inflatable whale and have the story of Jonah read to them was a good place to start” (Telegraph, Mar. 28).

A set of controversial billboards funded by the informational website Ask-A-Muslim.com is causing a stir in Columbus, Ohio. The signs have slogans like “Jesus is Muslim” and “Muslims love Jesus too.” Dave Daubenmire of Pass the Salt Ministries believes that the billboards are misleading and disrespectful. “Although we support the Islamic community’s right to free speech, as well as their right to post messages on billboards, we do not support the hijacking of the name of Jesus Christ in their attempt to lure uninformed Christians into their religion,” he said in a press release sent to Christian Newswire (Mar. 31). “During this most Holy Lenten Season we find the messages on the billboards to be insensitive, dishonest and deserving of a response from concerned Christians. We will be on the streets to proclaim Jesus is NOT Muslim but Jesus is Lord!”

This March, during a hymn at Grace Baptist Church in Lansingburgh, New York, Pastor John Koletas pulled out an AR-15 rifle his church was giving away and, while still singing, placed it on the front of the altar. Koletas’s giveaway caused controversy after he released a flier promoting the event, with a picture of the gun prominently displayed. Ron Stafford of Schenectady, who won the rifle, said, “This is our way of life here in Upstate New York.” When Koletas announced a surprise second giveaway, shouts of “Amen!” erupted from the congregation. Bob Gray Sr., a retired pastor from Texas who spoke at the service, warned parishioners that gun rights can’t be the church’s only focus. “I’m kind of reprimanding you,” he said. “You ought to be more passionate about the Gospel than the gun issue.” Gray also told the crowd he was carrying a concealed weapon. “And listen up, reporters,” he said. “It’s not registered” (Times Union, Mar. 24).

White Out... I Do Tree Wed... The Eyeglasses of the Beholder... Naked Noshing in Nippon... Flame-Broiled Reward... Protein Politics... A Mayor's Worst Nightmare... Digging for Respect... Monumental Buzz Kill... and more