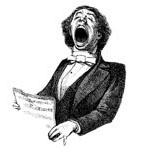 The world’s first proposal to attempt to transplant a human head will launch this year at a surgical conference in Maryland (New Scientist, Feb. 25). Sergio Canavero of the Turin Advanced Neuromodulation Group claims that major hurdles, such as fusing the spinal cord and preventing rejection by the body’s immune system, are now surmountable, and the surgery attempt could take place as early as 2017. Mammals who’ve served as precedents, including mice and a monkey, have lived for up to nine days. Canavero has published a summary of proposed techniques, including cooling the recipient’s head and donor body, and fusing cleanly severed spinal cords using flushes of polyethylene glycol. The recipient would be kept in a coma for three or four weeks to prevent movement.

Fr. Eugene Klein, 66, a federal prison chaplain, admitted in a Chicago courtroom to conspiring to defraud the United States by passing messages from jailed mobster Frank Calabrese Sr. to an unnamed associate (Reuters, Feb. 11). The messages concerned how to retrieve a hidden Stradivarius violin which, if found and authenticated, would be worth millions of dollars. The now-deceased Calabrese was serving a life sentence in connection with more than a dozen slayings. Federal authorities were selling his property to compensate the families of his victims, and he wanted the violin — allegedly hidden in a wall — recovered before the house was sold, court documents said. Fr. Klein verbally relayed the message, but no violin was found. Thomas Durkin, Klein’s attorney, questioned whether the violin ever even existed, and he compared the hunt for it to “looking for a unicorn.” The priest faces up to five years in prison and a $250,000 fine.

Construction has begun in Iceland on a major temple to the Norse gods, the nation’s first since the Viking age (NBC News, Feb. 2). Worship of pagan gods in Scandinavia gave way to Christianity a thousand years ago, but a modern version of Norse paganism has been gaining popularity in Iceland. “I don’t believe anyone believes in a one-eyed man who is riding about on a horse with eight feet,” said Hilmar Örn Hilmarsson, high priest of Ásatrúarfélagidö, an association that promotes faith in the Norse gods. The group boasts 2,400 members out of a total population of 330,000. The temple will be dug 13 feet down into a hill overlooking Reykjavik, with a dome on top to let in sunlight. It will host weddings and funerals; there has been no talk of slaughter of animals.

At intervals throughout the year, BuzzFeed posts a photo-essay of funny church signs seen throughout the English-speaking world. Mostly one finds benign messages, such as this from somewhere in swamp country: “I wish Noah had swatted those two mosquitos.” Someone at Melbourne’s Welsh Church jokes, “If history repeats itself, I’m so getting a dinosaur!” Riverside Baptist Church exhorts, “God expects spiritual fruit, not religious nuts.” Then there’s flat-out false theology from St. John’s Anglican Church: “Jesus had two dads and he turned out just fine!” Putting aside universal agreement that churches’ attempts to be cool almost always fail, Concordia Lutheran Church notes how much “Hipster Jesus” loves you. The Lighthouse, in California, waxes poetic, “Life is cray cray / Jesus is the way way.” And The House of Prayer and Refuge warns, “Don’t let Jesus catch you riding dirty.” A short but confusing message hails from the verbosely named Jesus the Light of the World Apostolic Faith Church, Trinitarian: “Santa Claus never died for anyone” (Oct. 17, 2014).