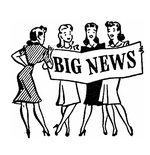 “For advice on confessing, press one. To confess, press two. To listen to some confessions, press three,” says a soothing male voice, welcoming callers to Le Fil du Seigneur, or “The Lord’s Line” service. This pay telephone line for French Catholics was set up at the beginning of Lent this year by a group of Catholics working for AABAS, a small Paris company that provides telephone-messaging services. The service’s creator, known only as Camille, told Agence France Presse (Mar. 2) that the pay phone-line does not offer absolution for sins, which only a priest can provide. “The idea is to confess sins which are not capital sins, but minor sins, directly to God,” she said. Callers do not talk to a person but are offered an “atmosphere of piety and reflection,” where they can listen to prayers, music, and other people’s confessions, and opt to record their own.

A 27-year-old Florida woman posted details of her abortion on Twitter and made a YouTube video of the experience. Four weeks pregnant at the time, Angie Jackson detailed her reaction to mifepristone, commonly known as the abortion pill (RU-486). “Cramps are getting a bit more persistent,” Jackson typed into her Twitter account on February 21 under the username “antitheistangie.” A few hours later she posted, “Definitely bleeding now.” On YouTube she explained, “It’s not that bad, it’s not that scary, it’s basically like a miscarriage. I am live tweeting my abortion on Twitter, not for a publicity stunt or attention or to justify it for myself.” Asked if she had any regrets, she said, “Just the blue eye shadow I was wearing” (ABC News, Feb. 25).

Hotshot brand condoms, on sale in Switzerland, now come in an “extra small” size for boys as young as 12 years old. In a recent study, a quarter of 12- to 20-year-olds said that a standard condom was too large for them. Hilary Pannack, of the teenage-pregnancy charity Straight Talking Peer Education, said, “We know young people are having sex and if this is what it takes to protect them, we need to go along with it” (London’s Daily Mail, Mar. 3).

According to a recent study conducted at Cornell University, the food portions depicted in paintings of the Last Supper have grown by up to two-thirds, reflecting the “supersizing” of meals in modern times. Researchers compared the size of food in 52 of the most famous portrayals of the Last Supper over the past 1,000 years and found dramatic changes: The size of the main dish grew 69 percent; the size of the plate, 66 percent; and the bread, 23 percent. Their findings suggest that the wider availability of food during the past millennium has led to the phenomenon of serving bigger portions on larger plates: “We think that as art imitates life, these changes have been reflected in paintings of history’s most famous dinner,” Cornell food-behavior scientist Brian Wansink told London’s Telegraph (Mar. 23). Details of the study will be published in the International Journal of Obesity.