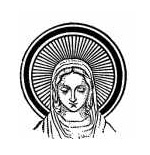 Sheriff’s deputies in Hidalgo County, Texas, arrested a man who threatened a family with a kitchen knife before stealing their Virgin Mary statue. According to The Monitor (Apr. 19), the three family members said the assailant was wearing nothing but blue-jean shorts at the time. Deputies later found a man who matched the description in a nearby abandoned residence. The man had a kitchen knife in his pocket and the Virgin Mary statue in the room with him. Investigators said they have not learned why 20-year-old Augustín Casanova stole the Virgin Mary statue. “Mary was fine,” a deputy reported. “We got her home safely.”

Introducing the latest clothing line for America’s favorite doll: Barbie as a second-career Episcopal priestess. The 11-inch-tall fictional graduate of Church Divinity School of the Pacific in Berkeley, California, has donned a cassock and surplice and is rector at St. Barbara’s-by-the-Sea in Malibu. Her impeccably tailored ecclesiastical vestments include various colored chasubles, black clerical shirt with white collar, skirt and heels, a laptop with a prepared sermon, and a miniature Bible. Apparently a devotee of the “smells and bells” of High Church tradition, the Rev. Barbie even has a tiny thurible, used for incensing. Episcopal priestess Barbie is the brainchild of the Rev. Julie Blake Fisher of Kent, Ohio, who said, “I thought the children would like to practice playing with the vestments and learning what they are.” Fisher, herself an Episcopal priestess, says her next projects include an African-American Bishop Barbie, a Hispanic Ken doll who will be a cathedral dean, and his African-American “friend” Stephen, a deacon. Barbie’s little sister Kelly will be an acolyte (Religion News Service, Apr. 5).

Pope Benedict XVI will visit Great Britain in September, making the first state visit by a pontiff. (John Paul II visited the U.K. in 1982, but his trip was not an official state visit.) Benedict is expected to meet the Queen, the supreme governor of the Church of England, and may stay at Buckingham Palace. To prepare for this historic event, the four-man Papal Visit Team from the British Foreign Office circulated an “Ideal Visit” memo to Downing Street and other U.K. government offices suggesting that Pope Benedict should launch his own line of “Benedict” condoms, open an abortion clinic, bless a homosexual marriage, and sing a duet with the Queen, all during his four-day trip. “The most striking thing about the Foreign Office team has been how ineffectual they are,” observed one senior source from the Catholic Church in England and Wales. “They have been disengaged and, frankly, clueless” (Telegraph, Apr. 27).

Richard Dawkins and Christopher Hitchens, Britain’s top atheist celebrities, are planning a legal ambush, hoping to have the Pope arrested during his state visit to Britain for what they claim are his “crimes against humanity.” The anti-religion campaigners asked human-rights lawyers to produce a case for charging Pope Benedict for his alleged cover-up of sexual abuse in the Catholic Church. The atheist duo believes they can exploit the same legal principle used to arrest Augusto Pinochet, the late Chilean dictator, when he visited Britain in 1998 (The Sunday Times, Apr. 11).