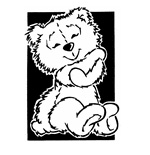 A Seattle woman spent $7,000 on a trip to Paris — so she could marry herself. Beautiful Existence, who changed her name from Desiree Longabaugh, splashed the cash on airfare, accommodations for a week, and a romantic ceremony under the Eiffel Tower (Daily Mail, Mar. 29). She recited vows she had written to herself while an officiant oversaw the ceremony via Skype since she couldn’t find anyone in France to do so in person. “It was hugely emotional,” Ms. Existence said. “Looking at myself on that screen as I Skyped the officiant, saying exactly what I wanted to say to myself was soul-shifting.” Now, the 42-year-old mother of two is encouraging others to marry themselves. “I’d recommend it as much as I’d recommend being a parent, because the level of love you’ll feel is something you can’t describe until you do it,” she said. After a painful divorce, she thought, “Why couldn’t I have a fun, fantastic ceremony the way that I wanted it to be without somebody else’s approval?” As for the legality, Ms. Existence said, “Nobody recognizes it right now, unfortunately, but I do think that’s something that will be on the horizon…. There are a lot of people — women especially — who are not subscribing to the regular definition of marriage anymore.”

A Jewish man who went to a synagogue in Paris dressed as a jihadist, brandishing a machine gun, and shouting Allahu Akbar! to “lighten the mood” has been arrested (Daily Mail, Mar. 29). The synagogue is located in the suburb of Vincennes where Muslim gunmen shot four Jews last year and tensions have been running high. As in other European capitals, policemen have been posted outside Jewish places of worship and sensitive sites after terrorist attacks in Paris and Brussels. The 40-year-old man approached the Habad Loubavitch Synagogue as worshipers were celebrating the end of Purim, an annual festival in which Jewish children dress up. “Purim is a special party where you can let go and drink,” the man said. “I had an Arab costume with a red and white headscarf and a Kalashnikov.” Guards at the entrance and members of the synagogue were initially shocked by the presence of the apparent jihadist in flowing North African robes, until some people recognized him. The man now says he realizes he “made a big mistake.”

Armed police removed a British Christian from a plane at London’s Luton Airport after a fellow passenger read a message on the man’s cellphone about “prayer” and reported him as a security threat (The Guardian, Mar. 3). While awaiting liftoff, Laolu Opebiyi tried to arrange a conference-call with his prayer group “ISI men” (a reference to “iron sharpens iron”). The Nigerian-born Christian believes the passenger next to him mistook the acronym for ISIS and jumped to the conclusion that Opebiyi might be a terrorist. Two officers entered the plane, escorted Opebiyi off, and interrogated him. “They asked me which church I attend and how long I have been going there,” he said. “They also ask if I have ever thought about changing my religion, to which I replied ‘no.'” Although he was cleared, Opebiyi fears he is on a terrorist watch list because when he returned the next day from his business trip, he had to speak to an immigration officer before proceeding. “Now I stand in uncertainty about my freedom of movement in and out of the United Kingdom,” he said.

Holy Land, the Theme Park... Liquid Enlightenment... Celebrating the Marvelous... What Government Makes Us Do... Tastes Like Brooding... Vox Populi