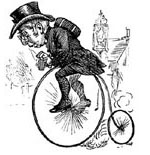 The Vatican’s Swiss Guard, the colorfully dressed force that protects the pope, has swapped its ancient metal helmets for 3D-printed ones (Reuters, Jan. 22). The new helmets, made of a thermoplastic, were distributed to the corps on the 513th anniversary of its founding. They are nearly identical in appearance to the previous version but bear the coat of arms of Pope Julius II, who first employed the corps for his personal protection. Spokesman Urs Breitenmoser says a main advantage of the new helmets is that they will not heat up like the metal ones, and the guards will sweat less. The old helmets, made in Austria, weighed 4.4 pounds, while the new ones, made in Switzerland, weigh 1.2 pounds. The guards, who number about 110 men, wear ceremonial uniforms of yellow, red, and blue stripes at official papal services, such as Masses and visits by heads of state, but they normally dress in plain clothes with simple, blue-caped uniforms and berets.

A Serving of Sacrilege

Violent clashes broke out between hundreds of Arab Christians and police in Haifa, Israel, following demonstrations against the exhibition at the Haifa Museum of Art of McJesus, a sculpture depicting Ronald McDonald nailed to a cross. The crucified fast-food clown, sculpted by Finnish artist Janei Leinonen, has been on display since August as part of the museum’s “Sacred Goods” exhibit. One protestor accused the Israeli government of not properly responding to the Arab Christian community’s complaints. “If they put up [a sculpture of] Hitler with a Torah scroll they would immediately respond,” he said. Some protesters tried to forcibly enter the museum during the demonstration, three police officers were wounded by rocks, and a Molotov cocktail was thrown at the museum. Afterwards, the museum announced that director Nissim Tal will post a sign at the entrance to the exhibit warning visitors that some may find the content “offensive” (Jerusalem Post, Jan. 12).

Stuck in the Craw

A group of young men living near Rotterdam, Holland, got in the habit of chasing their booze with live fish — typically goldfish. Their fun stopped when one of them pushed the tradition a bit further by swallowing a bronze catfish (Corydoras aeneus). He ended up in the emergency room, where puzzled doctors carefully removed the spiny fish from his throat. “Most animals know better than to eat bronze catfish,” said Kees Moeliker, a director at the Rotterdam Natural History Museum. The fish’s two- to three-inch body features spines mounted on its pectoral fins. When the fish are swallowed, those spines become erect and pump venom into the mouth of the predator. One of the Dutch drinkers swallowed the fish, quickly realized his mistake, and spat it on the table. Incredibly, his buddy, who would end up at the ER, swallowed some beer and then dropped the still-living fish into his throat. “This is definitely in the top three weirdest medical cases I’ve encountered,” said Dr. Linda Benoist, who treated the patient (Live Science, Jan. 25).

The Sound of Crickets

In 2016 dozens of staffers at the U.S. Embassy in Cuba fell sick, suffering severe physical symptoms, including vertigo, headaches, ear pain, and even cognitive difficulties and hearing loss, after reportedly hearing mysterious noises in their hotels or homes. Some embassy personnel were so debilitated they had to be recalled from their posts for medical evaluation. American officials initially claimed that a secret sonic weapon was to blame, and Cuban diplomats were expelled from the U.S. Other theories, such as microwave weapons, were also proposed. But researchers who obtained a recording of the offending sounds have revealed it to be the call of insects. The study, presented at the annual meeting of the Society of Integrative and Comparative Biology in San Francisco, found that the buzzing in the recordings strongly resembles the song of the Indies short-tailed cricket (Anurogryllus celerinictus) “in duration, pulse repetition rate,” and other aspects. The findings provide “strong evidence that an echoing cricket call, rather than a sonic attack or other technological device, is responsible,” the researchers wrote (Live Science, Jan. 7).