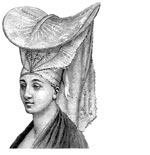 At Holy Redeemer Catholic Church in Berkshire, England, a woman has attended almost every funeral for 14 years. She even chats to grieving family members and was recently seen “eating from the buffet like there was no tomorrow” (The Mirror, Sept. 18). According to Fr. Noel Connolly, “Every funeral we have she comes, and if there is a reception afterwards, she makes her way to it without invitation.” The priest said he cannot turn her away: “She is a Catholic woman and she is convinced she needs to go to as many Masses as possible. I can’t exactly say you can’t come here.” Yet at least one family found her presence intrusive. “She got my son to give her a lift from the church to the Irish Centre for the wake,” said Margaret Whitehead, whose daughter died after battling a rare illness. “She told me she used to work with Catherine as a waitress. My daughter never worked as a waitress.” The woman’s religious devotion doesn’t impress Mrs. Whitehead, who said, “There’s Mass every morning; she doesn’t need to go to funerals. She’s only going when there’s a cheap lunch.”

A California bill seeks to prohibit pet stores from selling dogs, cats, or rabbits unless the animal is a “rescue.” The bill would require stores to obtain animals from a private or public shelter and, if passed, would make the Golden State first to ban the sale of animals from so-called puppy mills or mass-breeding facilities. Other things recently banned in California include free, single-use plastic bags (businesses that continue to offer them must charge customers a fee); state-funded travel to so-called anti-LGBT states; certain “restricted animals” without a specific permit, including hamsters, ferrets, and gerbils, and no hedgehogs, certain parakeets, and piranhas as pets; and no foie gras (because the process of fattening bird livers is considered crueb~ Gov. Jerry Brown is reportedly interested in a potential ban on cars with internal combustion engines, but officials say that wouldn’t happen in the next ten years (Fox News, Sept. 26).

A British tourist is facing a prison term in the United Arab Emirates for giving the middle finger to a driver he claims was tailgating him near the Dubai International Financial Center (Daily Mail, Sept. 20). Jamil Ahmad, 23, a tech worker from Leicester, can’t leave before his court appearance because the police have confiscated his passport. “As a reflex I may have lifted my hand in frustration at the other driver,” Ahmad admitted. “I am worried about running out of money before I even get to court. No one plans to spend two months or more in hotels in Dubai.” The gesture is considered a public obscenity in the UAE and carries a minimum sentence of six months in prison. “It’s the kind of thing that happens in England all the time,” said Ahmad. “You don’t go to jail for it.”